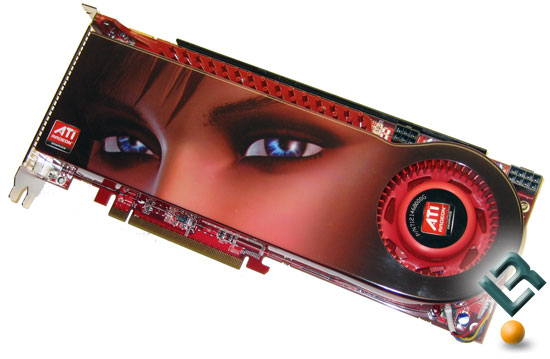 The ATI Radeon HD 3870 X2 video card (known internally as the R680) was first seen by the world right here on Legit Reviews a few months ago and was again spotted at CES 2008, where the the retail card was seen. Everyone knew that the launch was close, but today is the day that the card is officially announced. The ATI Radeon HD 3870 X2 is a single-board with multiple-GPUs on it, which is why the card is so interesting. ATI took two RV670 cores (Radeon HD 3870) and put them on the same PCB with the same amount of memory with the bridge chip already on the video card that enabled CrossFire automatically. The result is a graphics card that has two RV670 cores with 1GB of GDDR3 memory at a price point of $449, which puts it in competition with the GeForce 8800 GTX and the GeForce 8800 Ultra graphics cards by NVIDIA. 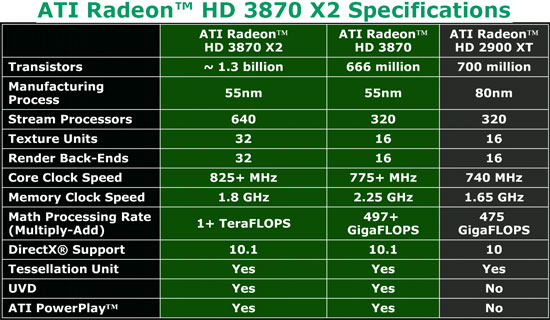 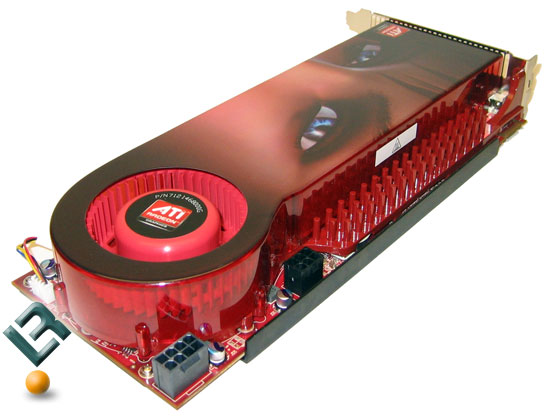 Just looking at the video card one can tell just how beefy the cooling system is and see that it must consume some power as it has two power connectors located along the top edge of the card. The ATI Radeon HD 3870 X2 graphics card requires a minimum 500W or greater system power supply for single card operation. Since the board power usage is less than 225W only the two 2×3 PCI Express power connectors are requierd in normal operation. The 2×4 PCI Express power connector may be needed for overclocking, so keep this in mind if you plan on overclocking. For running a pair in CrossFireX it is unknown what the requirements will be as ATI has not made this information public since the CrossFireX drivers are still in development. 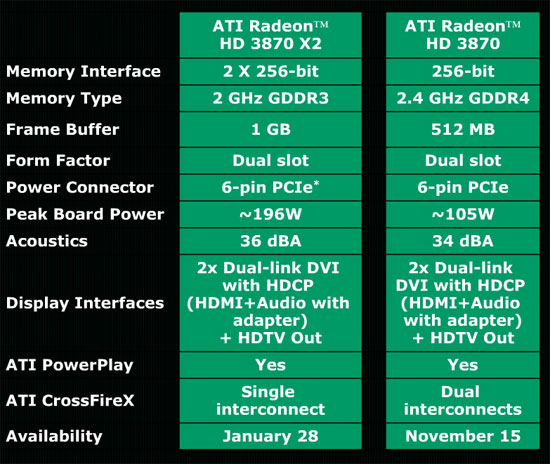 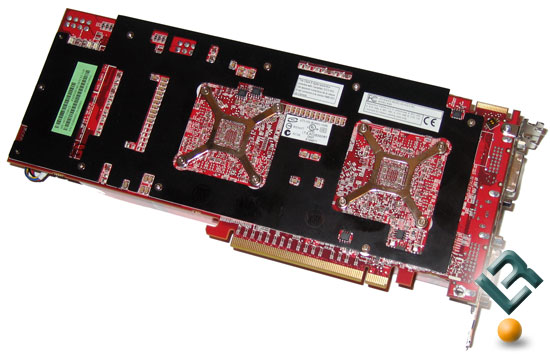