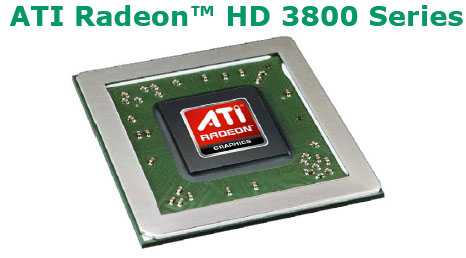 The ATI Radeon HD 3800 graphics card series is the much anticipated new line of graphics cards by AMD. Many of our readers know that ATI’s line of desktop graphics cards has some price gaps that their key competitor offers cards at. ATI really doesn’t have a graphics card in the $150 to $250 price range nor the $399 and above category. This have given NVIDIA free reign at these price points, but that all changes today as the Radeon HD 3800 series fills the price gap between $150 and $250. Other than putting a product line at this key pricing segment, they have also introduced a new GPU core known as the RV670 that has several new features that make it stand out from the competition. 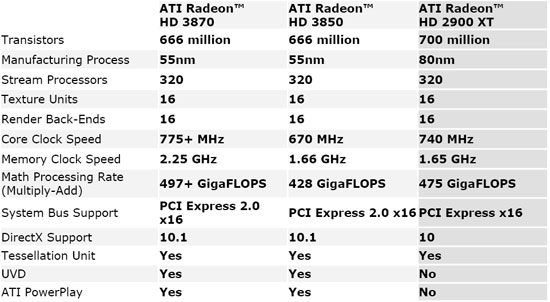 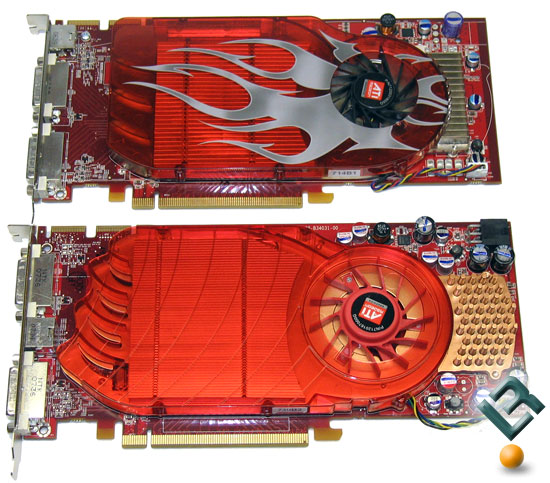 The ATI Radeon HD 38XX series are the first graphics cards in the world to support DirectX 10.1 capabilities and plug-and-play ATI CrossFireX multi-GPU upgradeability. CrossFireX is similar to CrossFire, but up to four graphics cards are paired together this time around. If you would like to run eight displays or want the ultimate gaming performance from AMD – CrossFireX is the way to go, but you have to use an AMD 790FX motherboard with four x16 PCI Express lanes to make it possible. DirectX 10.1 brings awesome new lighting features like global illumination to reality, but in order to support Microsoft DirectX 10.1 these cards will need to be used on a system with Microsoft Vista SP1, which isn’t due out till sometime in 2008. Once the first service pack for Vista comes out, game developers will be able to individually light hundred if not thousands of moving objects individually, which is a step closer to realism in games. So, what changes has ATI made that we can enjoy today? How about the fact it’s built on the world’s first 55nm process for a GPU; PCI Express 2.0; Unified Video Decoder – or “UVD” for full decoding of H.264 and VC-1; and lastly, how about ATI Power Play? 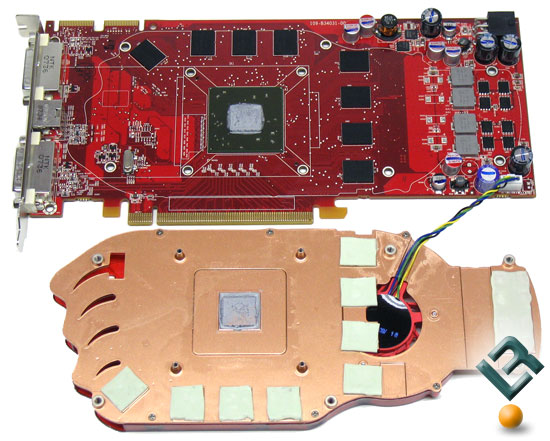 The GeForce 8800 GT will be known as the first desktop card on the market to support PCI Express 2.0, but the Radeon HD 3800 series was just a couple weeks behind. Current games have pushed the PCI Express 1.1 to its limits with high frame buffer demands, so PCI Express 2.0 was developed and launched. PCI Express 2.0 increases the bus data rate from 8GB per second to 16GB per second, so it actually doubles the bandwidth on this critical PC graphics interconnect. The PCI Express 2.0 specification is key for moving data quickly as the system RAM needs to be accessed to get data for large textures or vertex caches and as a result gaming performance has increased on platforms that have a PCI Express 2.0 motherboard and graphics card by as much as 22% from the testing that we have seen. Many of our readers might remember a few years ago when the industry moved AGP 4X to AGP 8X and how it didn’t really do anything in terms of performance. Well, this time around it actually does! A number of PCI Express 2.0 supporting chipsets are available on the market today, so if you have an Intel P35 or X38 Express chipset on your motherboard it’s highly likely you have PCI Express 2.0 and didn’t even know it. AMD’s upcoming 7-Series consists of the 770, 790X and 790FX chipsets and all support at least one PCI Express 2.0 support slot. 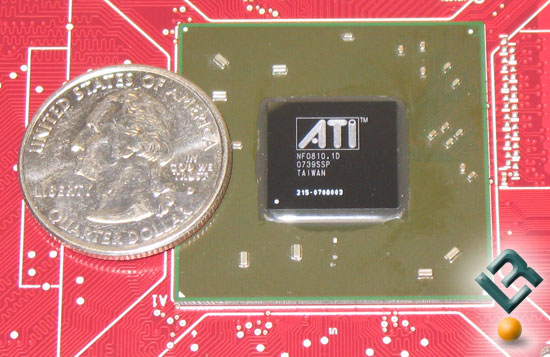 ATI has managed to pack all of these new features on a single slot graphics card that only needs a single 6-pin PCI Express power header, which isn’t too shabby. The 55nm RV670 die has roughly 666 million transistors in it, which is 34 million less than the 700 million found on the die of the Radeon HD 2900 XT graphics card. The move to 55nm means a massive die shrink as the RV670 is just 192 sq. mm, which is small compared to the R600 that was 408 sq. mm in size. What is interesting though is the power consumption on the Radeon HD graphics cards and how they have become more efficient. For a single Radeon HD 3850 graphics card a 450 Watt or greater power supply with a single 75 Watt 6-pin PCI Express power connector is recommended by AMD. If you want to run a CrossFire the power supply should be at least 550 Watts and have two 6-pin connectors.

The ATI Radeon HD 3850 has half the power consumption of the Radeon HD 2900XT and performs just slightly slower as you will see in performance testing in the following pages. Thanks to the RV670 being made on the 55nm process, AMD has been able to double the performance per watt on the Radeon HD 38XX series. That is no small task for any company, but AMD seemed to nail it down this time around. One other thing that can’t be ignored is the fact that ATI moved from a 512-bit memory interface to a 256-bit memory interface on all GDDR3/GDDR4 Radeon HD 3800 series cards. The ring bus memory controller that handles the reads and writes remains 512-bit though. By changing over to a 256-bit memory bus the overall cost of the card can be lowered, while at the same time not hurting performance. Many enthusiasts thought the R600 had too much memory bandwidth and they might have been right. Lets take a look at the test system and then the benchmarks to see how it performs.