Finally! Years ago, well 17 months ago, I reviewed the Asus X48 Rampage Extreme and promptly fell in love with the board. I then proceeded to solely use that board for the next 9 months, it was that good. Roughly a year ago Brian Wallace reviewed the Asus X58 Rampage II Extreme. In my opinion the Rampage II Extreme felt like it had lost the magic contained within the affectionately nicknamed REX. But don’t worry, with this third REX the magic is back and stronger than ever. 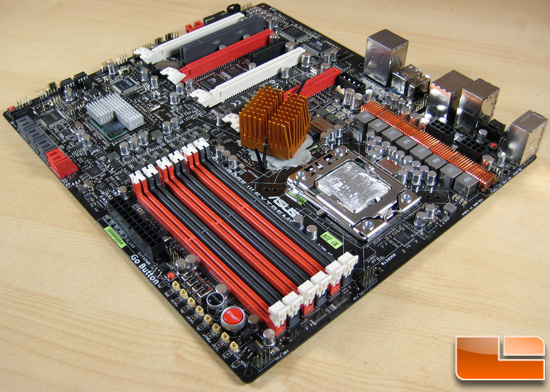 Like those awesome custom heatsinks? You want a matching pair and board? Well tough, they are a combination of old RAM and chipset heatsinks as the retail heatsink for the Rampage III Extreme isn’t available. In fact the board we have today is considered a pre-production sample with a work-in-progress BIOS. That however doesn’t mean that this is a half-working board. If anything you could consider it a sleeper board and in the short time I’ve had it on my bench I’ve constantly raised an eyebrow in shock.