When Intel launched their last LGA775 chipset, P45, I thought we were done with LGA775 innovation. ASUS, however, has turned this thought upside down with the launch of their Rampage Extreme X48 motherboard. ASUS has taken the X48 chipset and somehow unleashed incredible performance from it that rivals the P45 chipset in both overclocking and stock performance. It’s a bold statement to say that ASUS has fully mastered the X48 chipset but I feel confident that the Rampage Extreme is proof of this mastery. 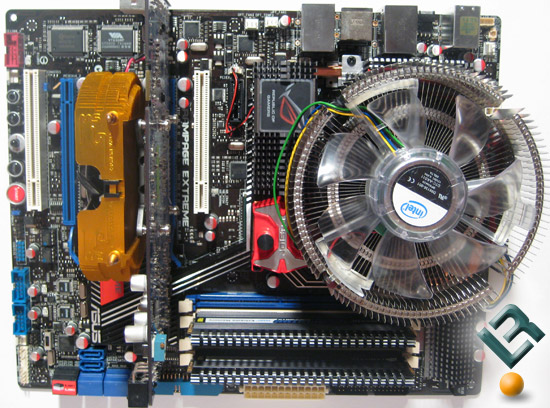 X48 in itself isn’t a very special chipset. X38, which launched more than a year ago, was a slightly faster option over 975X, which was the prior enthusiast chipset. X48 is down to the smallest detail a piece of X38 silicon. However, it’s supposedly binned for higher FSB operation and DDR3 support. So after all that, what does this mean? Nothing has changed with the silicon here; the Rampage Extreme shares the same Northbridge with dozens of other X48 boards but no other board shares the amount of refinement that went into the Rampage Extreme. Priced at nearly $400, the Rampage Extreme is your luxury deluxe of LGA775 boards and comes equipped with enough bits and pieces to warrant such a price. Let’s take a quick look at its feature set.