ASUS has announced their next flagship router the RT-AC5300U.  The RT-AC5300U is a Triple-Band 802.11AC router that is designed to give a total throughput of 5.3Gb/s speeds for its users!  Specifically, the new router will provide 1 Gbit/s on 2.4 GHz and up to 2.167 Gbit/s on each of its 5 GHz bands. With this improvement in speed over the 2.4GHz radio, this would make it the fastest Tri-band router on the market.  From the limited specifications ASUS has provided, the RT-AC5300U looks to be powered by a new Broadcom SoC.  From the initial images that we have been provided, you can see the eight external antennas that are designed to provide the ultimate in Wi-Fi coverage.  It is not clear how big the unit is or the power usage.

The ASUS RT-AC5300U has been announce for Q4 of this year and pricing will be announced closer to its availability. 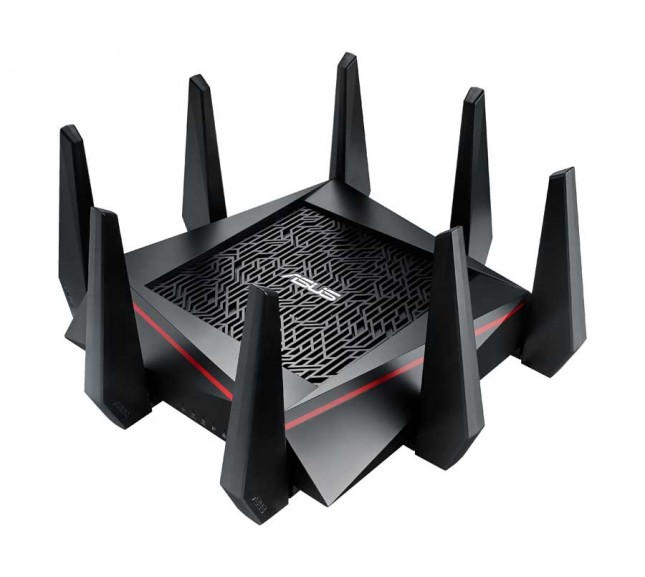 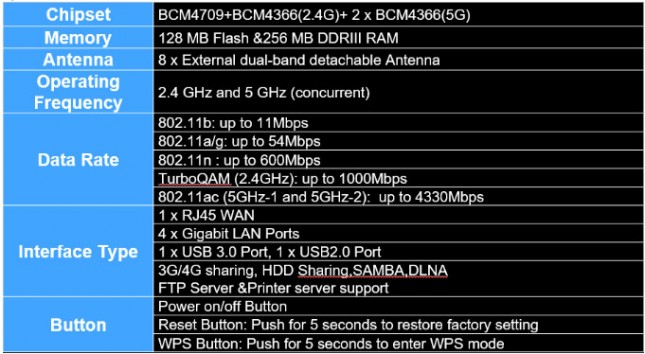