ASUS released UEFI 1004 for the ASUS X99 Deluxe motherboard overnight and and we have been told that this update includes an EC (Embedded Controller) Firmware update that fixes something discovered by our board failing here at Legit Reviews. Legit Reviews highly suggests that all ASUS X99 Deluxe owners update to UEFI build 1004 due to the fixes implemented in it for the way the board power is being handled. ASUS discovered this area of concern after our board failure and we don’t want it happening to others. You can read the official response about our issue and how this UEFI resolves it on the latest update here. 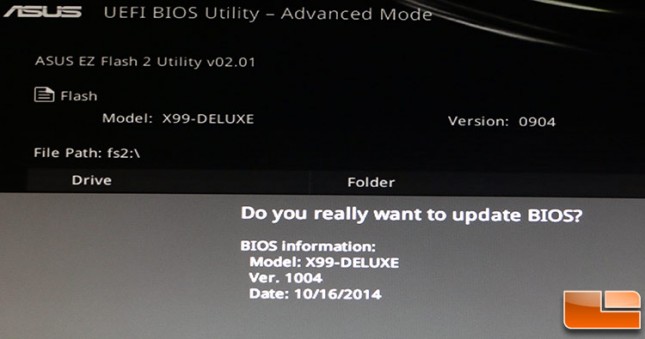