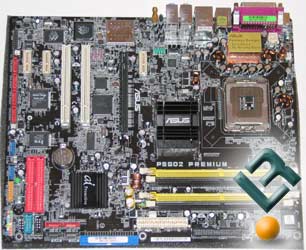 DDR2 600 Support
ASUS claims that they have unlocked the true potential in the i915 chipset on this board by allowing DDR2 600 support. By spec, i925/i915 chipsets only support up to DDR2 533 support. ASUS is not alone in this ability, though. In the past few months, many of the big name motherboard manufacturers have announced DDR2 600 support on their recent products. This is good news for the memory companies out there, too! 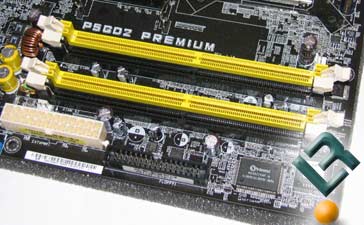 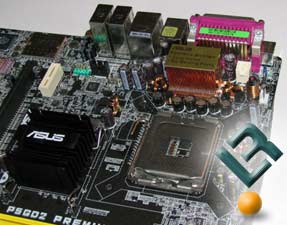 Triple RAID
The P5GD2 Premium comes with not one, not two, but THREE RAID SOLUTIONS! Through the ICH6 southbridge, you get the typical 4x SATA RAID 0, 1 solution and 4x IDE RAID 0, 1, 0+1 capability. ASUS has also added the Silicon Image SATALink chip to the board to offer 4x SATA RAID 0, 1, 10 and software RAID 5 support! For those of you who want or need a major storage solution, this board has got you covered! 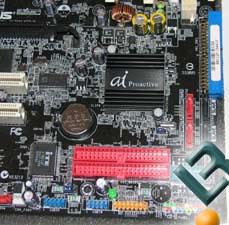 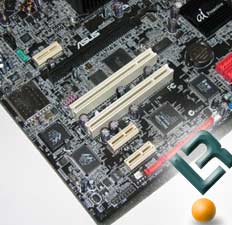 Dual Gigabit LAN
ASUS knows the need for high speed communications and has incorporated dual Gigabit LAN on this board. However, there is a little “gotcha” on this feature. One of the Gigabit NICs uses the PCI Express bus, while the other solution uses the Legacy PCI bus. So if you were in a situation where you could actually use Gigabit speeds, only the NIC on the PCI Express bus will allow you to reach the full theoretical speed of Gigabit LAN. And, for those of us that don’t need dual NICs, you will be happy to know that the on-board NIC uses the new PCI Express bus and the add-in card is on the Legacy PCI bus. Both Gigabit solutions are made by Marvell.

High Definition Audio
8-channels, Dolby Digital Live, and Smart jack detection are all included with ASUS’ onboard audio choice. This Theater-class audio solution outputs 192 KHz of 24 bit sound. The Dolby Digital Live feature encodes direct sound to digital audio to reproduce audio cues and transforms game play into an exciting and realistic experience. ASUS also advertises its bundling of the WinDVD Suite for this audio solution to give you the best DVD experience on your P5GD2 Premium.

Besides the above features, the P5GD2 includes ASUS’ AI Proactive features, which are listed below. WiFi-g, AI NET2, AI N.O.S., and Stack Cool combine to provide your system with the intelligence to increase performance and better cooling without the user doing anything! ASUS claims that once you experience AI Proactive, you won’t tolerate anything less; well, see below and decide for yourself!

WiFi-g Onboard
ASUS boasts that the P5GD2 Premium Wireless Edition is the first board to have built-in wireless LAN. With IEEE 802.11g, one can reach connectivity speeds up to 54 Mbps! ASUS has also created an easy-to-use wizard to help you get your P5GD2 Premium setup as your wireless access point. This 802.11g solution is also made by Marvell.

Stack Cool
ASUS’ Stack Cool feature uses a mini PCB stacked against the main PCB under the processor socket in an effort to lower system temperatures by conducting the heat away from power components. ASUS claims a 10 degree Celsius reduction in temperatures by moving the heat generated on small components and transferring that heat to a wider, larger surface for dissipation and removal from the system.

Separate from the Stack Cool Technology, ASUS also put a decently sized heatsink on the mofsets for us! Won’t need to get your own heatsinks for this motherboard’s hot components; they’re already taken care of! 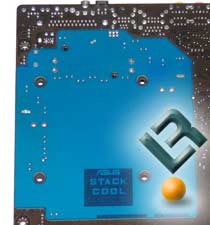 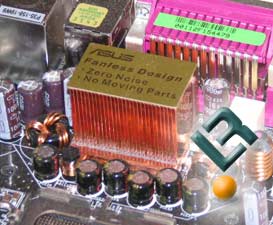 AI N.O.S.
ASUS’ AI N.O.S. technology is a dynamic overclocking feature. ASUS attempts to know when your computer needs more speed by detecting when 3D applications and other apps that use a lot of system resources are being used, and increasing the CPU speed when your system needs it. We noticed a few issues with ASUS’ implementation of this technology and we will touch on those in our overclocking section. 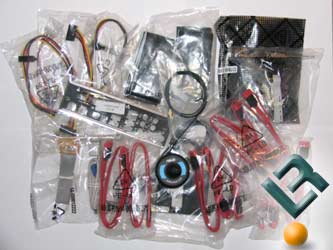 ASUS did not skimp on SATA cables by any means! However, I see it a bit strange that there are 10 SATA cables included, but only enough power cables to support 8 SATA drives. ASUS is also thinking ahead by including a backplate with SATA ports on it for external SATA devices. This will come in handy if you like to use external hard drives! Now to move on to the features of this decked-out motheboard!