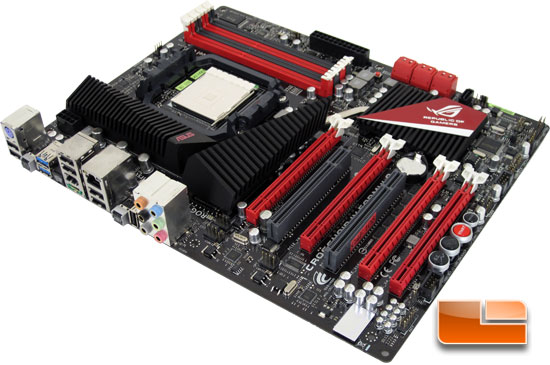 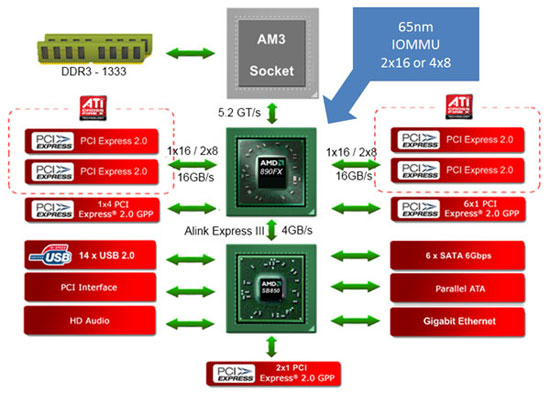 AMD’s 890FX chipset has a couple of significant differences when compared to the 890GX chipset. The first and most obvious on the ASUS Crosshair IV Formula is the lack of onboard graphics while the 890GX features the Radeon HD 4290 integrated graphics. The second and quite possibly the most important to the enthusiast looking for the best performance from the ASUS Crosshair IV Formula when running in CrossfireX is the number of PCI Express lanes. The 890GX chipset is limited to 16 lanes while the 890FX chipset has double that at 32 lanes. Most people will most likely never notice a difference unless of course you are one of the lucky ones that can afford a pair of ATI Radeon HD 5970’s or one of the insane ones who is lucky enough to pick up a pair of the ASUS ARES. Another significant difference is the IOMMU (input/output memory management unit). This is a feature that is typically available only on server boards, though is included in the 890FX chipset only when comparing the 8xx series chipsets. According to AMD: The IOMMU (input/output memory management unit) included with the 890FX chipset is a function of a chipset that enables enhancements to system-level software and that prevents illegal access of memory by I/O devices. By preventing illegal access of memory, the IOMMU can prevent problems with latency.
An IOMMU can map device memory addresses to physical memory addresses, but in a manner that is transparent to the device hardware. The IOMMU automates the translation between the physical address of the I/O device and the host system.