Last weekend I had the opportunity to attend the Asus 3×3 Overclocking Summit in Santa Clara. On April 9th and 10th three overclocking teams met in Santa Clara to overclock and compete for prizes and bragging rights. The teams were formed of members from PURE, OC Alliance, and XtremeSystems. Representing PURE were Jody Bailey, Brian Yuhas and myself. Representing OC Alliance were Allen Golibersuch, Travis Jank and Robert Marique. Representing XtremeSystems were Michael Graf, Brian McLaclan and Charles Wirth. 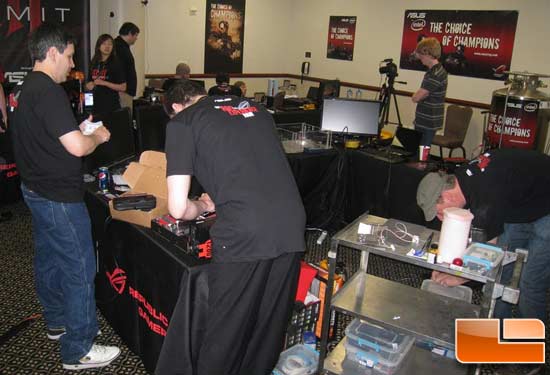 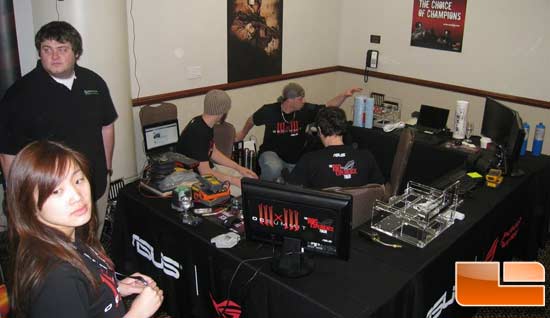 The competition was split between the P55 and X58 motherboards. On both platforms the teams had to achieve CPU-Z, SuperPi 32M, wPrime 1024M, 3DMark 2006, and 3DMark Vantage scores. On the first day the teams were restricted to 60 liters of LN2 and could only use software and hardware provided by Asus. On the second day the teams were able to use any hardware they brought or was used on the previous day in order to break global records on X58 and P55. 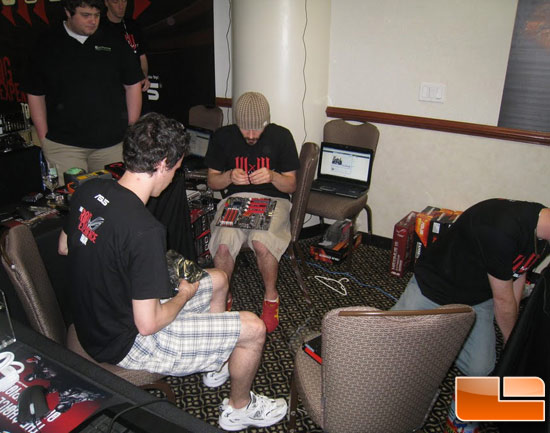 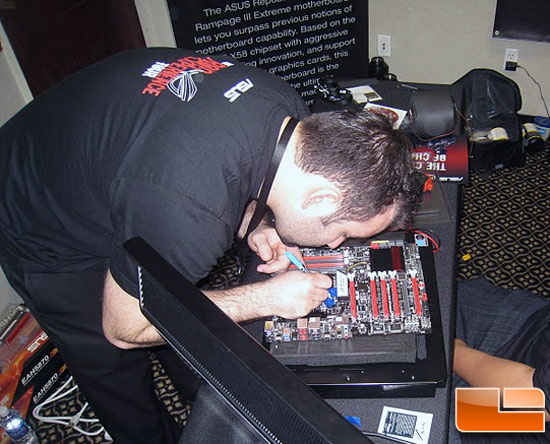 The event was a blast and I believe all the teams walked away happy. I’ll leave you with a few pictures of the competitors. Above is Travis Jank of OCA performing the coldbug modification on the P55 Maximus III Extreme. 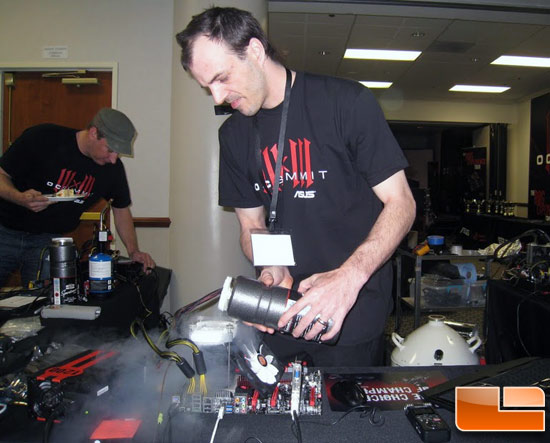 Here Brian McLaclan from XS is testing Gulftown on the Rampage III Extreme with Michael Graf in the background eating cake. The food was rather delicious to boot, I had a few pieces of cake myself. 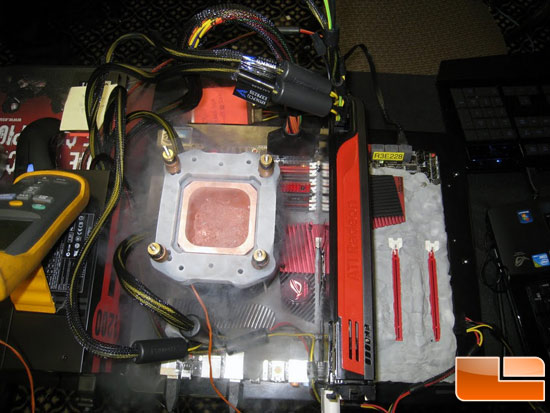 I believe this might be one of the OC Alliance systems with the entire board covered in insulation material to prevent issues with condensation.

Before we bring this to a close, let’s take a look at one video card that caught our eye that is worth taking a glance at!