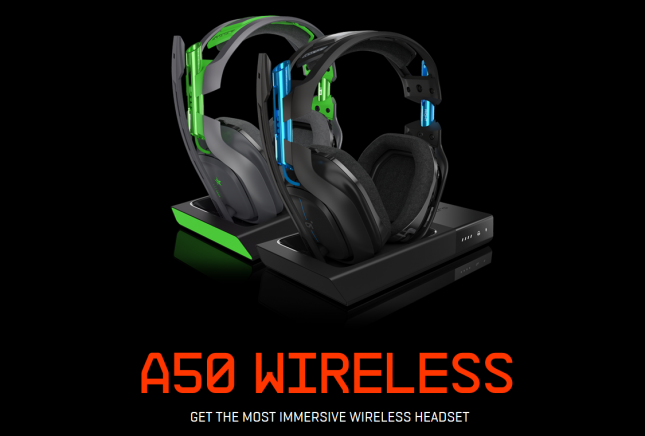 ASTRO Gaming has just announced the release of a newer version of their ASTRO A50 Wireless Gaming Headset (Set to be released later in the year for $300 USD).

The newest A50 Wireless Headset model runs on a 5Ghz Ultra low-latency on a frequency described as less crowded to provide solid, robust connectivity. The 7.1 sound provided allows gamers to utilize the surround sound in video games (or movies which utilize 7.1 surround sound) to deliver proper spacial placement. The headset also features over 15 hours of rechargeable battery life. When not in use the A50 shuts off and powers back on when in motion. 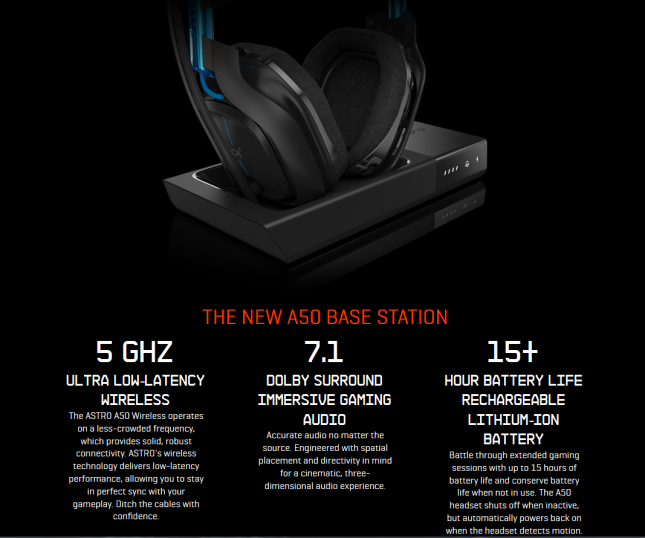 Enthusiasts will be able to choose from the green/black or blue/black headset which can both be modded for noise-isolation (Mod Kit sold separately). The A50 Wireless Headset can be used on Xbox One, PS4, as well as PC/Mac. The precision mic included is flexible and durable and automatically mutes when in the up-position. The ASTRO Command Center is a customization software which allows users to customize the EQ (equalization) and adjust microphone levels. 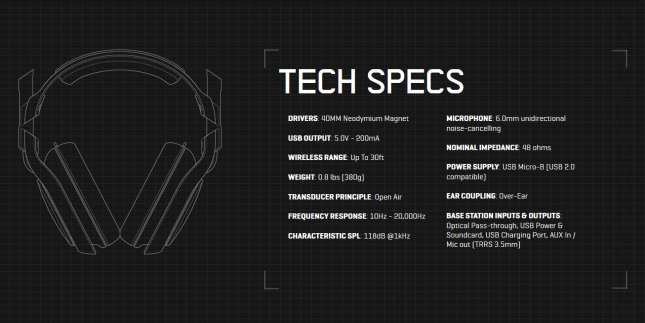