Aston Martin Valkyrie AMR Pro Is A Racecar With No Rules

Aston Martin has decided to build a version of its Valkyrie hypercar that’s not street legal. The vehicle is called the Valkyrie AMR Pro, and it’s a racing car built with no rules. The finished vehicle looks fantastic, and Aston Martin promises performance that rivals F1 cars.

It was designed to be capable of lapping the 24h Le Mans racing circuit then three minutes and 20 seconds. It was constructed in partnership with Red Bull Advanced Technologies and uses a unique version of the Valkyrie chassis. The AMR Pro uses a chassis that is 380 millimeters longer wheelbase, 96 millimeters wider in front track, and 115 millimeters wider in the rear track. 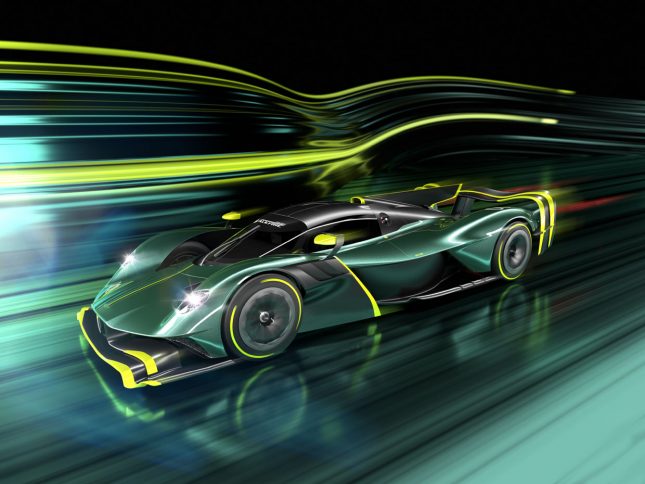 Power comes from a 6.5-liter naturally aspirated V-12 engine that revs to 11,000 RPM. The engine produces 1000bhp and sheds weight by ditching the battery-electric hybrid system used in the road car. Aston Martin promises the vehicle has performance rivaling that of an F1 car. Pricing is unannounced, but deliveries will begin in Q4 2021.