Aston Martin has laid claim to the title of the world’s most powerful luxury SUV with the new DBX707, which is a hopped-up version of the DBX SUV. The DBX707 utilizes an enhanced 4.0-liter twin-turbo V-8 producing 707PS and 900Nm of torque. That’s a significant amount of power and torque increase compared to the normal DBX V-8. 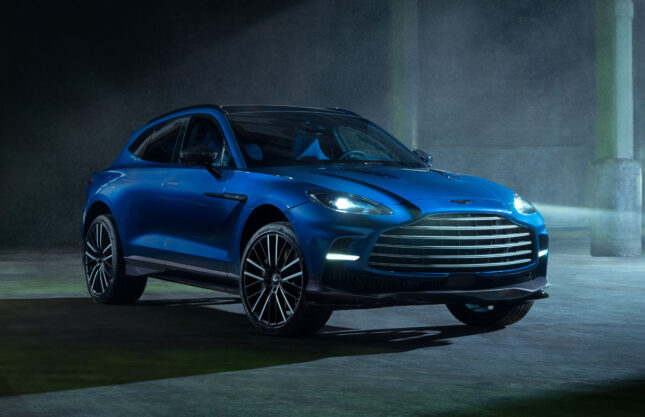 The vehicle can reach 62 mph in 3.3 seconds, thanks to an improved launch capability. Aston also fits the DBX707 standard with carbon ceramic brakes and six-piston calipers.

In addition to an upgraded transmission and brakes, the SUV also has improved suspension and chassis for improved handling. The electronic rear differential was also improved and can send 100 percent of the torque to the rear wheels when needed. Deliveries should begin in Q2 2022 at an unannounced price.