NASA and astronomers have been observing an asteroid named 16 Psyche that is completely made of metal. The most common metal on the asteroid is an enormous amount of gold. In fact, reports indicate that there’s enough gold inside the massive asteroid to make every person on Earth a billionaire.

The flip side is that if the asteroid were mined for its precious metal, it contains enough to entirely collapse the gold market and destabilize finances around the planet. Psyche was discovered by an Italian astronomer Annibale de Gasparis on March 17, 1852, and was named after the Greek goddess of the soul. 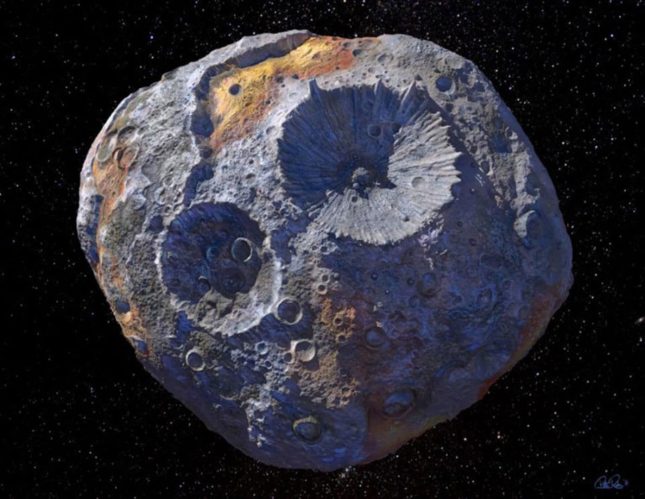 Psyche orbits between Mars and Jupiter and is vastly different from other known asteroids that are typically made from rock and ice. In addition to gold, Psyche is also made of large amounts of platinum, iron, and nickel.

Some estimates peg the value of the precious metals inside the asteroid as much as $10 quadrillion. The asteroid orbits about three times further away from the sun than the Earth and has a diameter of about 140 miles. The asteroid completes an orbit in about five Earth years.