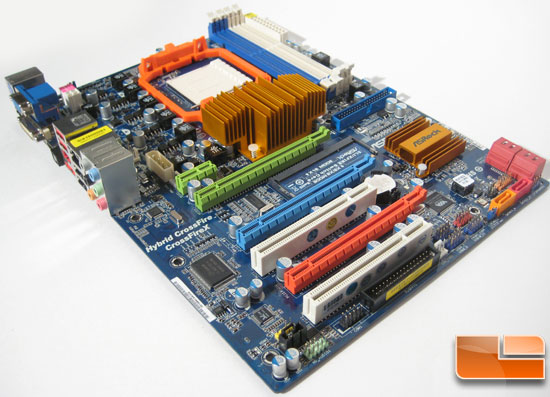 AMD’s 7 series chipsets and Phenom II processors have worked to bring the company 180 degrees around with a spec of light at the end of the tunnel. ASRock, known for their niche filling boards, has released a series of boards based on AMD’s AM2+ socket, but the M3A780GXH/128M we have here today is one of their first AM3 motherboards. Coupling AMD’s 780G chipset with integrated ATI Radeon HD 3200 graphics and the SB710 southbridge, this $89.99 motherboard strives to cover lots of ground with its IGP configuration and three PCIe slots supporting CrossFireX.

As mentioned above, ASRock has a number of AM2+ motherboards and after looking over the M3A780GXH/128M specifications and layout it appears ASRock has culled all the positive attributes from their previous motherboards and combined them into a single platform. For a budget board expansion opportunities abound, and while it is obvious a few things were cut in sake of price point, the board is still a solid offering. Below is a screen grab of their website showcasing the integrated features of the board; for more information feel free to visit their product page.