If you want to take the Integrated Heat Spreader (IHS) off your Intel Skylake processor the folks over at Aqua Computer has released a shim that makes attaching a CPU cooler to the bare CPU die much safer. The company came up with a 6.99 Euro spacer (5.87 w/o 19% VAT or $6.41 USD) that should help keep the corners of the CPU die from chipping or cracking when mounting a HSF. The stainless steel plate is CNC laser machined and is cheap insurance for an Intel Core i7-6700K processor that could run upwards of $495 shipped. 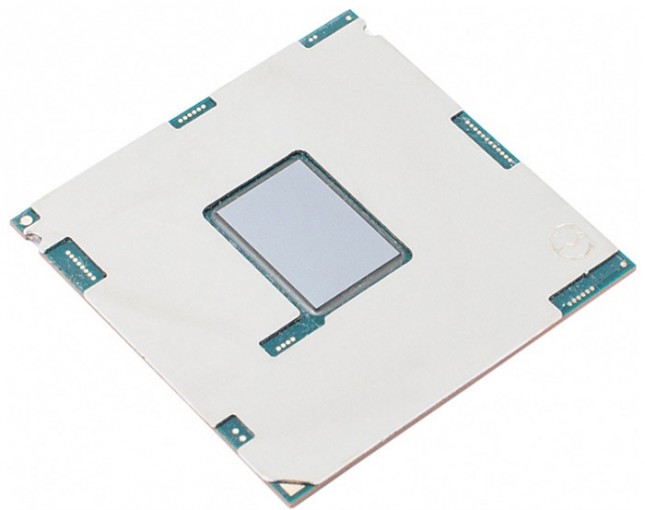 Time to shim it up like we did 15 years ago when we put monster CPU Coolers on AMD processors when we were still high on breaking the 1GHz mark! In fact, we still have our copper AMD shim in the office junk pile! 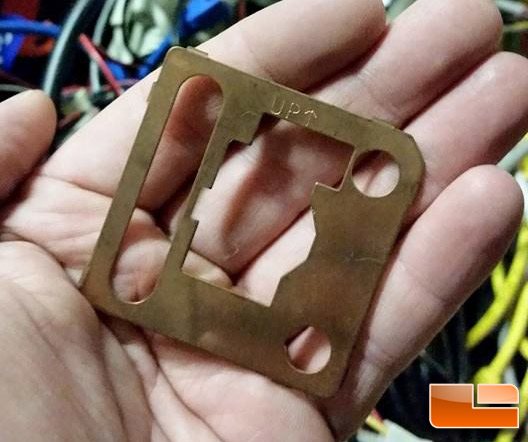 For increased cooling performance, there is a trend to remove the heatspreader from Intel “Skylake” CPUs. This has some negative effects on the secure installation of the CPUs.

One related problem is that the brittle silicon die is not protected against tilted mounting of the CPU cooler – due to this fact edges of the die can easily be broken. The same can happen during transportation of the system.

The next problem is the dissipation of the CPU cooler clamping force after removal of the heatspreader: With the mounted heatspreader the force is dissipated to the outer areas of the heatspreader contact surfaces. Below this surfaces the PCB of the CPU is in direct contact with the socket and this results in nearly no deflection of the CPU package. This is very important especially for the Skylake CPU as the PCB substrate is thinner than at previous CPU generations and the die is much smaller which results in much higher surface pressure.
Making this problem even worse: Directly beneath the die there is a pocket in the socket. As there is no direct contact to dissipate the force to the socket any clamping force will result in a deflection of the CPU package and damages can occur.

To reduce both issues, Aqua Computer has developed a CNC laser machined spacer consisting of a precision stainless spring steel sheet and a very thin heat resistant adhesive tape. The sheet is sanded after laser cutting to debur it perfectly. This is important as for maximum protection the height of the spacer is only some 1/100 mm lower than the CPU die.

Due to this fact the clamping force of the CPU cooler will be dissipated by the spacer if the CPU package deforms more than the height difference between die and spacer. In this case the force is dissipated to the outer faces of the socket. It can handle higher forces as well during the mounting process or transportation of the system.