If you follow Apple OS releases much you know that the release of the gold master to developers means they’ve put the finishing touches on the OS and it’s subsequent full release is imminent. There’s been speculation for awhile that October would be the release and based on this news, that is likely to be accurate. Also released was an iPhoto 9.4.7 update which is intended to fix some issues with crashes when running Mavericks. OS X Mavericks is slated to receive a number of improvements along with significant changes to the Safari and Calendar applications.

The release carries a two-fold meaning though as many expect that the release will coincide with the revealing of the new MacBook Pros which, like the newest MacBook Airs, are expected to be powered by Intel’s Haswell CPU which is eagerly awaited by Apple customers because of its positive impact on battery life. Apple has yet to officially announce the exact specs but leaks and speculations seem to have a pretty good idea of its makeup. The current rumor is an October 15th announcement but there seems to be no large scale consensus that this is accurate. 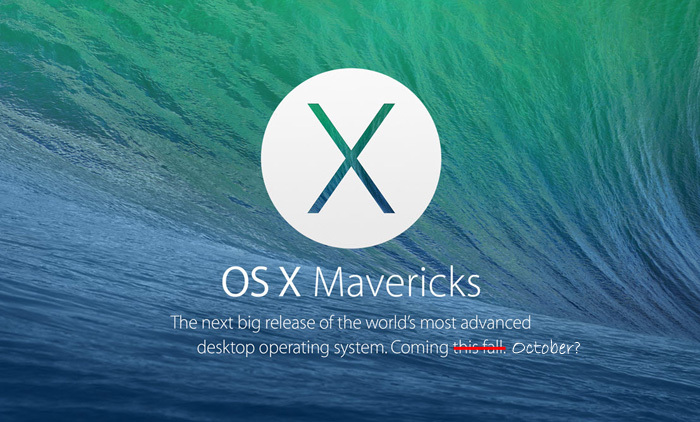