It wasn’t too long after the release of iOS 7 that a bug was reported that allowed unauthorized users to access a locked iOS 7 device through the control panel. Obviously, this is a pretty big security hole although a workaround exists by simply turning off the control panel access while locked. Regardless, Apple has quickly rectified the flaw with the 7.0.2 update just released that is supposed to squash the bug. Hopefully, it doesn’t have other unintended consequences. Note that the download size is 21.0MB and it requires a Wi-Fi connection to download and install. 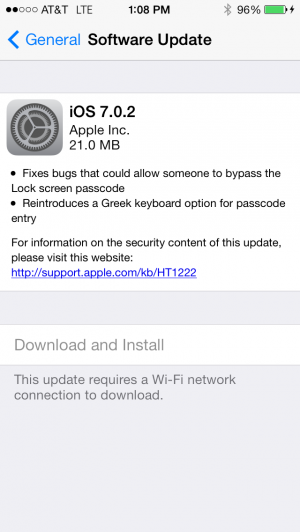