Apple launched its incredibly expensive Mac Pro desktop computer last month. When it launched you could get the hardware crammed inside a tower chassis only. For those who want to mount their costly Apple hardware in a rack, the rack mount version is now shipping.

The Mac Pro rack mount starts at $6,499, making it $500 more than the tower version of the machine for starters. That extra $500 gets you nothing but the rack chassis; it has the same specs as the tower machine. The key difference is that the rack version comes with a set of stainless steel mounting rails. 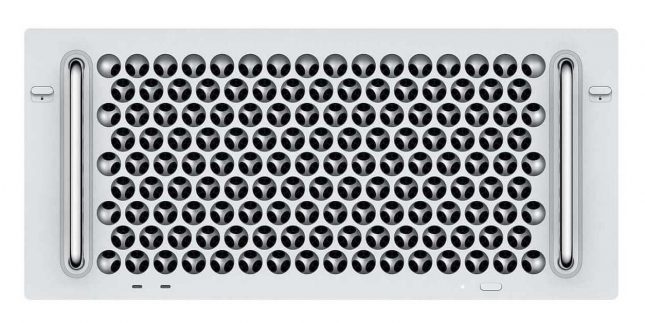 The chassis has the familiar cheese grater ventilation holes with handles on the front and a removable lid. At least you won’t need the $1,000 pro stand and the $400 wheels on this version. While the machine starts at a “reasonable” price of $6,499, it can be optioned up to over $50,000 reports TechSpot.

The machine has a shipping date of January 23 to February 13. Hardcore Mac users might lust after this rig, but Windows fans know you can build a similar machine for much less than what Apple charges.