On Thursday, October 27, Apple will hold their ‘Hello Again’ Mac Event in Cupertino, California to show their latest technology and news.  Prior to the upcoming event, a couple images have leaked which reveal upcoming changes.  Apple laptops have not had major enhancements to their line of computers since the Retina Display was introduced in 2012.

If the leaked photo is indeed a final product to be shown on Thursday, Apple will have completely eliminated the function keys along with the escape key to make room for an OLED touch bar. It has been rumored, the touch panel, which may be called the ‘Magic Toolbar,’ appears to be contextual, changing based on what’s on the screen. The leaked photo shows a demonstration of Apple Pay in use with a new finger ID feature called Touch ID, a familiar feature from Apple’s iPhones. 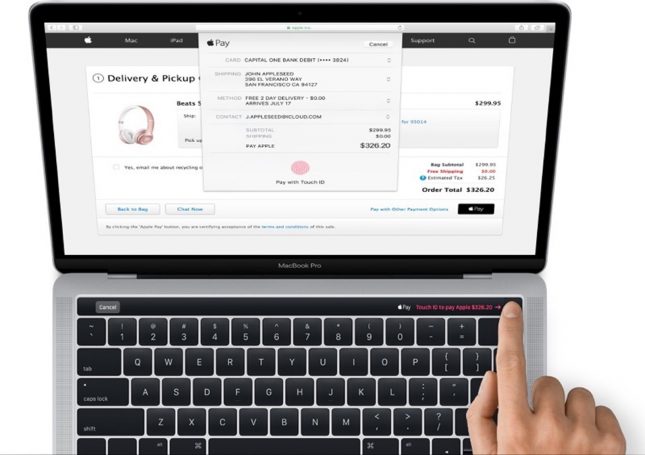 Apple will hold their event on Thursday, October the 27th and is sure to provide further information on leaked images as well as further possible information to be introduced to their latest technology.