Early this morning, I got up and went to pickup my 16gb iPad WiFi. Before I got carried away playing with it and discovering the fun little touches that go along with it being an Apple product, I wanted share with you some pictures and my first impressions. 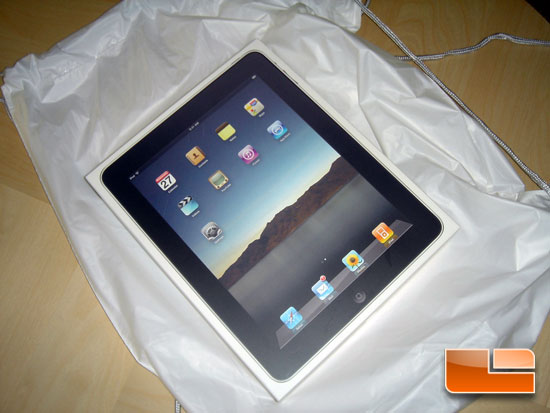 The box has a footprint barely larger than the iPad itself. 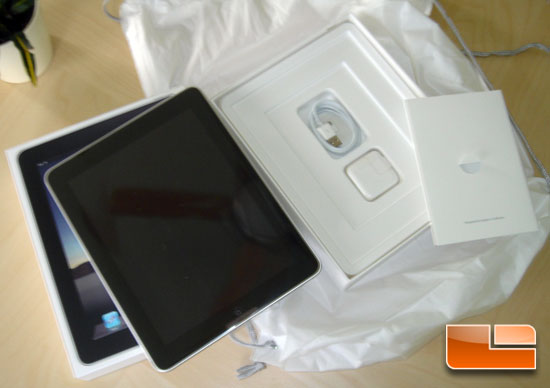 Opening the box, the first thing you see is the iPad with the power adapter and cable sitting just underneath. That is about all there is to it. The only things I noticed were not included were a cleaning cloth, like the ones that come with iPhones, and headphones. I think that these would be nice to have included. 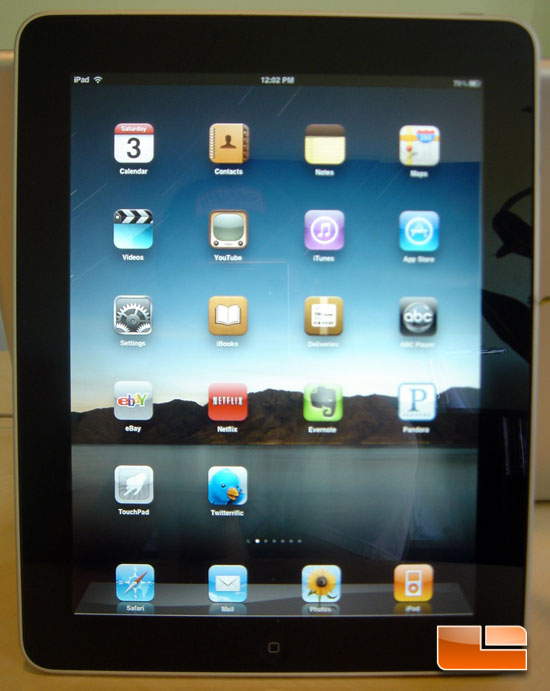 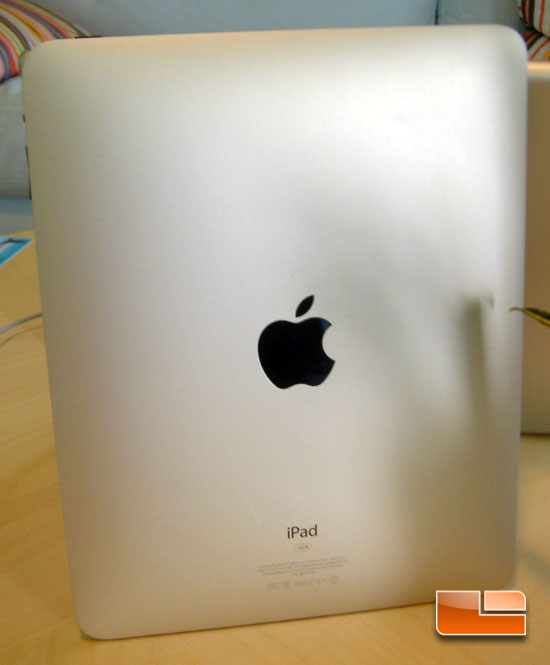 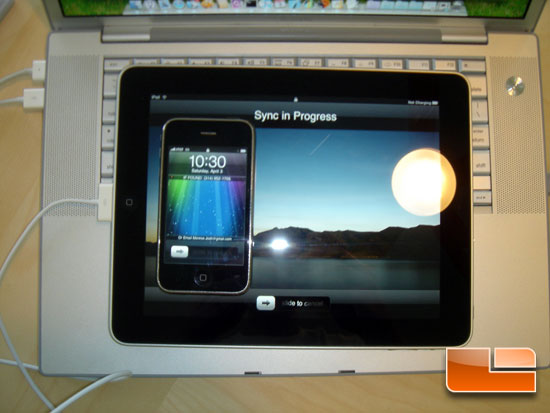 Syncing took forever because it was loading on all my content for the first time. Now, every time I sync it just takes a minute or two. 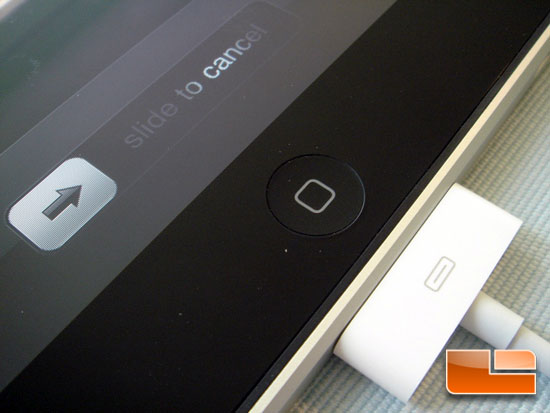 All I can say about the speed is that Apple better come out with new iPhones using the A4 chip soon, because right now my iPhone feels extremely slow compared to the iPad. It is lightning quick, and actually just as fast in real life as it is in Apple’s promotional videos.

iPad supports two different types of apps; iPhone apps and also new iPad specific apps. My initial impression of running existing iPhone apps is not a very good one. Everything becomes pixelated, but the real problem is that everything is just too big. It feels like something designed for toddlers. The buttons, text and other ui elements are too large to be taken seriously, and waste the great screen space. Luckily, Apple’s SDK allows for native iPad applications which fully take advantage of a screen that is over 5 times the size of the iPhone’s. My impression of many of these iPad specific apps is that they are much more like their desktop counterparts than their iPhone counterparts. One of the best examples of this is the iPod application which looks and behaves much more like iTunes on the Mac than the iPhone’s iPod Application. 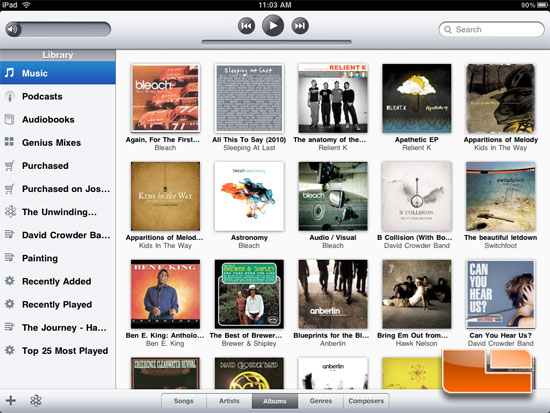 Aside from the software, being bigger than the iPhone seems to change the way you hold the device. With the iPhone, I frequently type with my thumbs, however, the iPad is used almost exclusively with one hand holding it and the other hand pointing at it. The iPhone is well equipped for thumb typing, but because the iPad requires you to hold the device with one hand and type with the other, it is very slow to type while standing up. It is possible to type with your thumbs but it’s a stretch. I don’t really see this as a problem because the iPhone is much more of a mobile device and text entry with the iPad will most likely happen while sitting.

On the subject of typing, I found the software keyboard on the iPad to be very useable when in landscape, but not so much in portrait. The largest problem I have is that on a laptop I tend to rest fingers on some keys, but on the iPad doing so will register a key press. It will take some getting used to, but I suspect that in a week’s time, I will feel comfortable writing moderately long emails. With time, people may become well enough adjusted to the keyboard to write things as long as this post, but not much longer. The portrait keyboard doesn’t seem like it is good for much more than short edits or simple twitter posts. The iPad quickly switches to landscape mode so I found myself rotating the device most of the time the keyboard came up.

Overall, the iPad feels light for something this size and very strong. It also feels solid thanks to the solid aluminum back. What really makes it is the software, and it will be exciting to see how the software evolves over the next year.