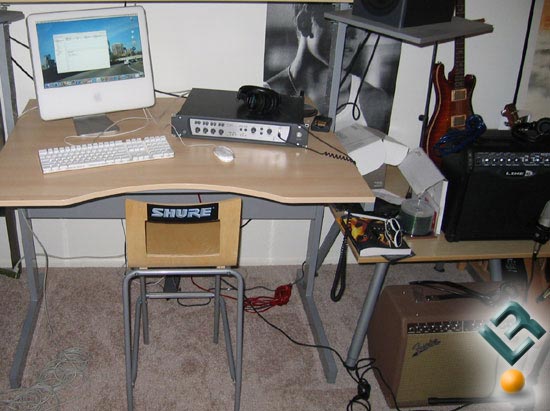 As the Apple iMac G5 series continues to gain market share among multimedia users many are finding out that the original system specifications are not up to par. When the 17″ Apple iMac G5’s first came out in 2004 three models we available. All were based on the 1.6GHz and 1.8GHz PowerPC G5 CPUs with 512KB of L2 cache and shipped with 256MB of 400MHz DDR SDRAM, which is expandable to 2GB. Today nearly every user needs more than 256MB of system memory to effeciently use many of the currenty software titles.

On a recent trip to California we stopped by to visit an old time friend who is just starting to mix his own music and create his own tracks from his home. After purchasing an Apple G5, speakers, microphones, amplifiers, guitars, a computer desk, and Pro Tools with the Digi 002 rack he thought he was ready to lay down some music and make some songs. Now that over ten thousand dollars was spent he finally realized that he already needed to upgrade his system because his audio editing software took so much application memory that he was unable to run any other programs and was having slow system performance when using many different audio tracks. 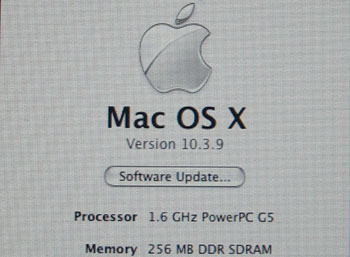 After taking a quick look at his computer system I quickly pointed out that it came with only 256MB of DDR system memory. After some verbal frustrations from the owner he agreed that a memory upgrade was indeed needed already, but he stated that he did not know how to open let alone install the memory in his Apple iMac G5 computer. The following is a guide on how to install memory into an Apple iMAC G5 in under ten minutes with nothing more than a single philips head screw driver.

Now let’s take a look at how to install memory into an Apple iMac G5.