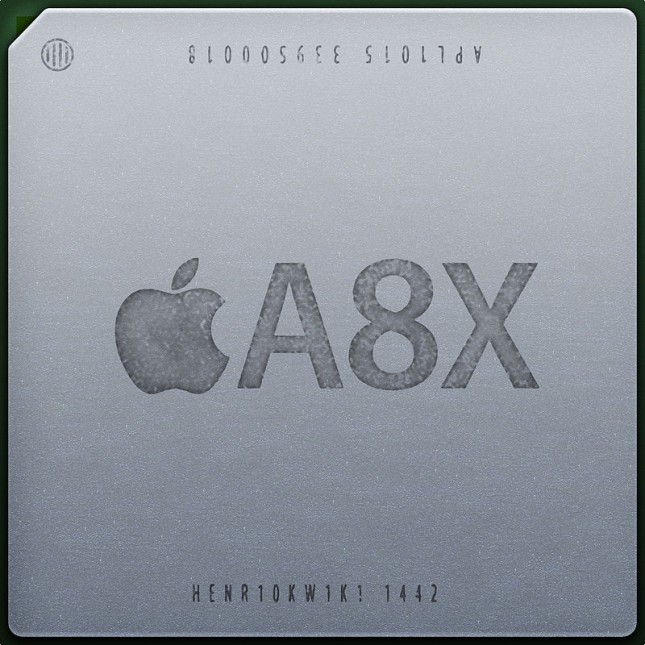 Although only released to the public for a short time, Apple’s newest processor, the A8X, is impressing many with its improved performance over the last-generation A7 processor.  The A8X can currently be found powering the new Apple Air 2 and is step up in performance over the older iPad Air, but also a step above the iPhone 6’s A8 CPU.  The A8X is an ARM-based, 1.5GHz Triple-Core, with 2GB of RAM. 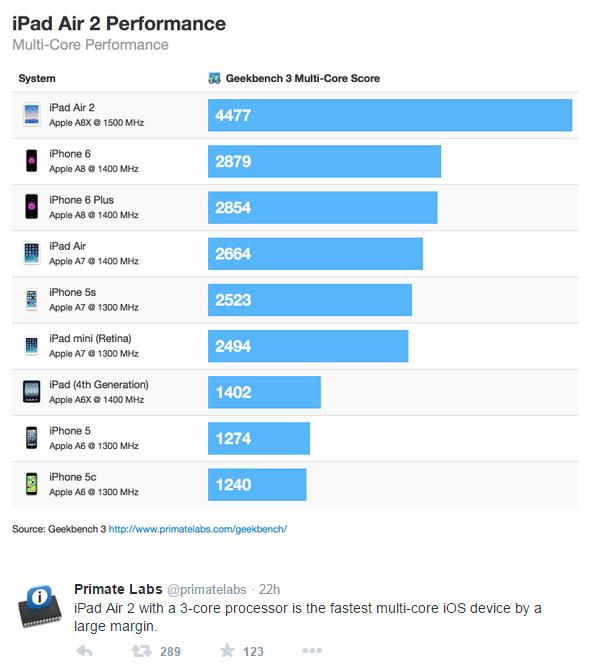 According to Geekbench benchmarks, the A8X is about 80-percent faster than the iPhone 6.  Of course it would be interesting to compare the A8X performance to older-generation Android-powered phones and tablet CPUs. 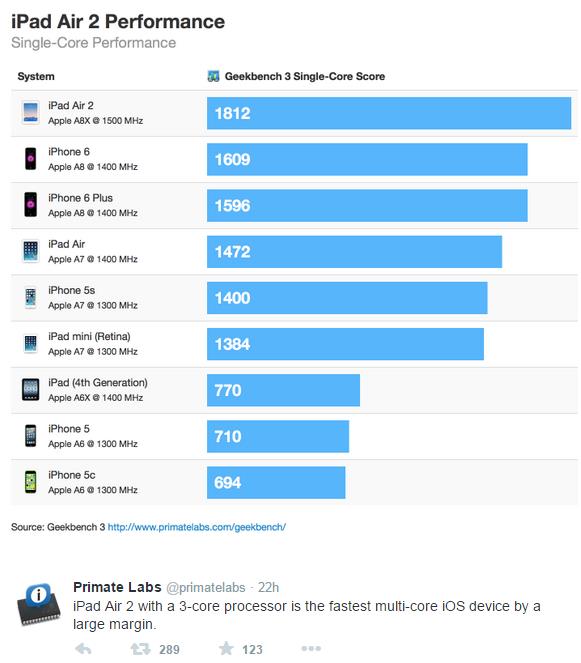