Anyone Will Be Able To Buy The Chevrolet Corvette Z06 GT3.R

Chevrolet has announced that for the 2024 racing season, the Corvette Z06 GT3.R racing car will be available to the public. Chevy will sell the car to privateer racing teams to field in various racing series around the world.

The car will have very close ties to the production Corvette Z06 utilizing the same aluminum chassis and production LT6 engine modified for racing. The engine is a 5.5-liter LT6 V8 utilizing a flat-plane crankshaft. 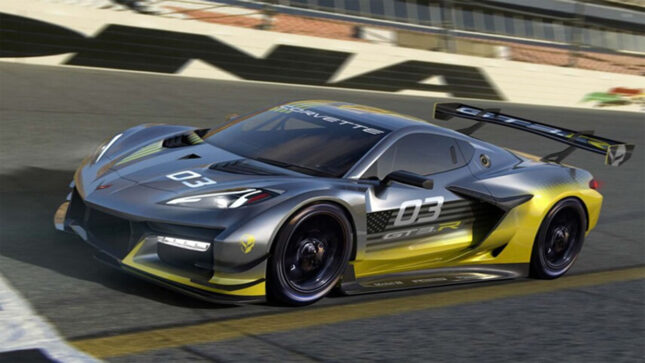 It is said to be virtually the same engine that powered the Corvette C8.R. The racing car will also utilize the mid-engine layout from the streetcar and will have a similar profile with aerodynamics expected in racing.

It’s not clear how much the car will cost this time, but it will certainly be very expensive. Any privateer racing car is expensive. Chevrolet’s mid-engine racer should be extremely popular.