One of the cool things about Animal Crossing: New Horizons is that the game is highly customizable. Players get to choose which hemisphere to place their island in. Just like on Earth, the hemisphere players choose controls what sort of weather they see in any given month.

That means that the season started to shift this month and bring new bugs and fish available for players to catch along with seasonal DIY recipes. A natural phenomenon is also occurring in-game that happens in the real world. 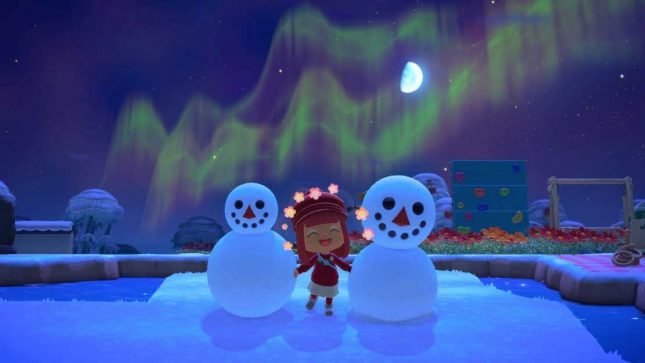 Players have the opportunity to witness polar auroras that occur exclusively during winter months. Being able to witness one of these events is rare. Right now, only players with islands in the Southern Hemisphere, which has winter from June to August can spot the rare phenomenon. However, players with their island in the Northern Hemisphere can use time travel to watch the aurora.

Auroras in the game can only be spotted at night and can occur anytime after 7 PM and before sunrise. Players have a greater possibility of seeing the aurora in-game during meteor shower patterns. The auroras typically last about two hours before fading away.