If you are one of the many Samsung Galaxy S10 users out there, the latest flavor of Android is rolling out to you. Word of the Android 10 rollout surfaced this morning, and it appears to be happening in a staggered fashion.

Initial reports indicated that the update started rolling out in Germany. Later the Android 10 updates was spied rolling out to users in the UK. India and Kuwait have also been confirmed as having seen the update rolling out reports Android Police. 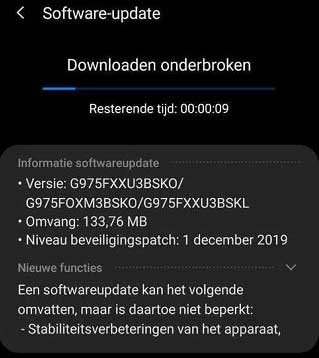 The size of the download is 133.76 MB and has a security patch level of December 1 included. The update brings lots of cool stuff like gesture-based navigation, system-wide dark theme, and more.