Among Us To Get A New Map Soon

One of the most popular video games out there right now is called Among Us. Currently, the game has three maps, including Mira, Polus, and Skeld. The image below shows the new map, and it looks like a ship featuring a wooden floor.

There are several tasks on the room’s outer edge, including a download task, wires, navigation, and there could be more. There’s also a vent roughly in the middle of the room that will certainly be leveraged by players and imposters alike. Speculation suggests that the new map is for the current Among Us game, not the coming Among Us 2. 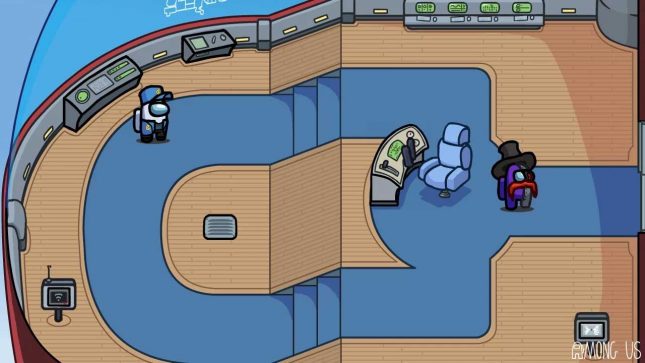 While there is no official confirmation, the new map is expected to come to the game soon. It’s also important to note that this is the first new map for the game since it launched.

The developers behind the game did post a tweet telling players to keep an eye out for The Game Awards on December 10. Perhaps the new map will land on that date as well.