AMD is applying for a patent on a Super-SIMD that will be used for GPU computing. The original filing date was November 2016, so this was done while Raja Koduri was running the Radeon Technologies Group. This looks like a major change to the Compute Unit (CU) used on the current Graphics Core Next (GCN) GPU architecture. This Super-SIMD design could be used on AMD’s upcoming Navi GPU architecture, but is likely for something further down the roadmap. Many expect Navi to launch in August of this year, so we are getting close to some new GPUs from AMD!

One Reddit user pointed out that this is similar to AMD’s Bulldozer micro-architecture; where two or more ALUs are ganged together. The ALUs can be full ALUs or partial ones. The main difference here is the use of a small cache bolted on to the group. The cache allows results from an operation to immediately passed to another ALU in the group, skipping L1 cache. 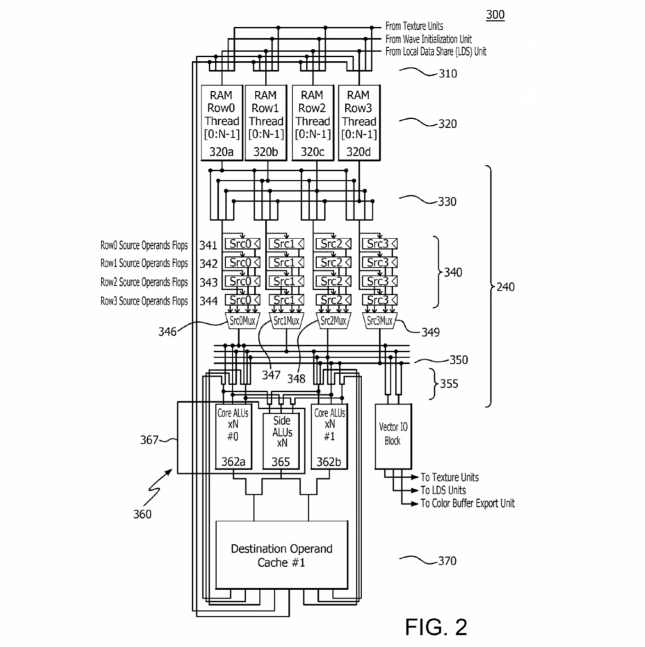