Raja Kadouri today announced that AMD will be supporting the DirectX 12 API on all of their GCN (Graphics Core Next) hardware solutions. This is good news for owners of AMD Radeon graphics cards, AMD APUs and even Xbox One game console owners that use GCN hardware. This means that AMD will have full compatibility with DirectX 12 on day one and be able to give users an instant performance boost on DX12 applications thanks to the lower API overhead. 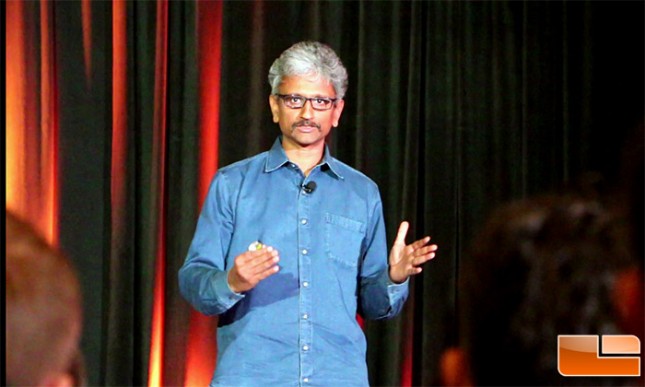 A DirectX 12 support schedule for AMD Radeon GPUs will be available at a later date. AMD did not mention their own proprietary API known as Mantle during the Microsoft sponsored presentation, but Mantle and DX12 do appear to share similar characteristics. How will Mantle and DirectX 12 compare? We can’t wait to find out, but it will be more than a year till the first official release of DX12 comes out. 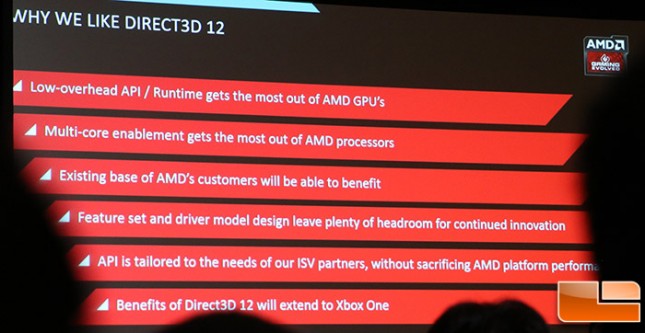 Legit Reviews got a chance to speak with Raja Kadouri after the presentation and we were able to ask him about FreeSync. FreeSync is AMD’s non-proprietary alternative to NVIDIA’s G-Sync displays. Kadouri noted that open standards take time to come to market since they are open and that FreeSync is still alive and kicking. No exact date was given on when AMD FreeSync would be available, but from what we gather we should see something in the first half of this year.