AMD Ryzen 3000 Series processors seem to be selling really well right now around the globe. In fact, if you look at the Amazon Best Sellers for Computer CPU Processors, you’ll see that 8 of the 10 spots are held by AMD. Three of those are AMD Ryzen 3000 series parts. 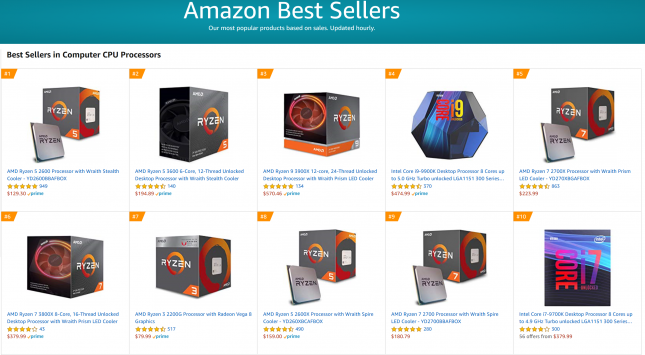 If you’ve been considering picking up an AMD Ryzen 3000 series processors, AMD has a game bundle that might be of interest. Buying either the AMD Ryzen 9 3900X or the Ryzen 7 3800X qualifies you to get Borderlands 3, The Outer Worlds, and 3 Months of Xbox Game Pass for PC!

You can find out more about the AMD Ryzen ‘Equipped to Win’ Game Offer here.