Amazon has a bundle of computer hardware that any gamer who is thinking about building up a new PC will want to check out. The bundle includes a new AMD Ryzen 7 3800X CPU, MSI mainboard, and Samsung 500GB SSD.

The specific hardware in the bundle includes: 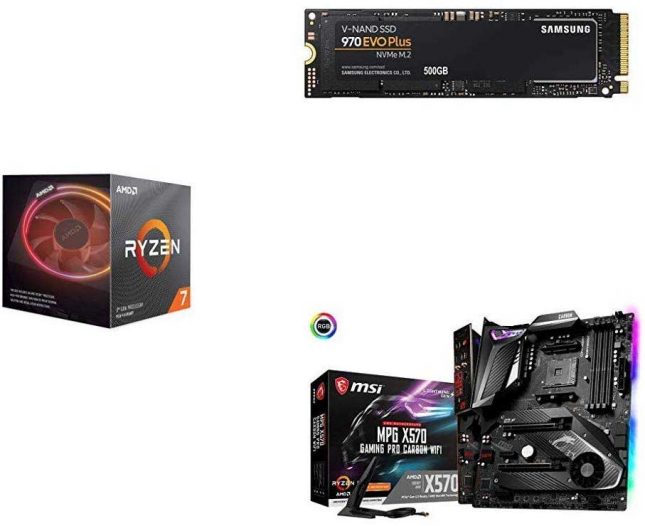 The complete bundle sells for $514.99, with free Prime shipping. Amazon says that it is $150.98 less than the normal price for the bundle. The processor ships with a Wraith Prism LED cooler, Borderlands 3, and The Outer world PC game along with three months of Xbox Game Pass. The mainboard has 802.11ax MU-MIMO support and customizable RGB lighting.

The SSD is an M.2 NVMe using with V-NAND technology. 500 GB of storage space should allow gamers to get all their content on the fast SSD. The caveat on this deal is that Amazon says it usually ships in 1-2 months with shipping listed as December 17 through January 18.