AMD today announced three new desktop processors for the 3rd Generation Ryzen CPU series. The brand-new Ryzen CPUs are easily distinguishable by having ‘XT’ at the end of their product name and feature higher clock speeds. The three new processors are the Ryzen 5 3600XT, Ryzen 7 3800XT, and Ryzen 9 3900XT.

Pricing remains the same as the original ‘X’ variant, but the Ryzen 7 3800XT and Ryzen 9 3900XT come without the boxed AMD CPU cooler. AMD recommends the use of an All-In-One (AIO) liquid CPU cooler for these parts that has a 280mm radiator or an aftermarket air cooler. Those that are looking at the AMD Ryzen 5 3600 XT will find that it still includes the Wraith Spire CPU cooler as AMD knows most sub $250 CPU buyers aren’t likely going to be spending over $100 on a water cooler. 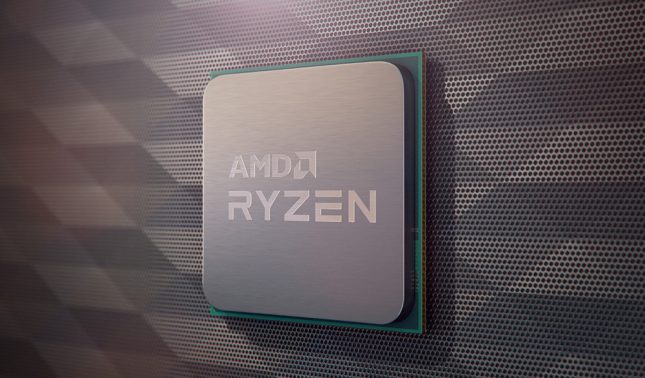 At AMD, we are committed to listening closely to our customers and the enthusiast community to deliver leadership products, said Saeid Moshkelani, senior vice president and general manager, client business unit. With AMD Ryzen 3000XT processors, were making additional optimizations to the 7nm manufacturing process to deliver industry leading single-thread performance and more choice and flexibility for enthusiasts.

So, what is new with the updated Ryzen 5, Ryzen 7 and Ryzen 9 XT parts? AMD has been able to make more optimizations to the 7nm manufacturing process that has enabled higher clock frequencies. The AMD Ryzen 3000XT series has 100-200 MHz higher turbo clocks over their existing 3000X series counterparts. AMD says that on these three parts they are seeing up to a 4% increase in single-threaded performance on the new XT branded CPUs.

At the end of the day AMD has released the 3000XT parts for PC enthusiasts that love and crave having higher clock speeds. AMD Ryzen5 3600XT, AMD Ryzen 7 3800XT and AMD Ryzen9 3900XT processors are expected to be available for purchase worldwide starting July 7th, 2020.

Other big news for AMD today includes the retail availability of the AMD B550 chipset based motherboards. AMD also revealed the A520 chipset today that supports 3rd Gen AMD Ryzen processors as well as upcoming AMD Ryzen 4000 series desktop processors with the Zen 3 architecture. AMD has not said much more about this chipset and we doubt that it has support for any PCIe 4.0 lanes. AMD A520 motherboards are expected to be available starting in August 2020.