AMD is continuing its quest to clay back market share from Intel today with the release of Ryzen 3 processors. AMD is only releasing two Ryzen 3 processors today, the Ryzen 3 1200 and the Ryzen 3 1300X. Both of these are quad-core processors that have just four threads. It would be nice if they had Simultaneous Multi-Threading (SMT) technology like the Ryzen 5 and Ryzen 7 processors, but these are low cost offerings that are competing with Intel Core i3 dual-core processors with Hyper-Threading technology. So, at the end of the day AMD wins on the core count, but both have a total of four threads available for the system to utilize.

The lowest cost part will be the AMD Ryzen 3 1200 quad-core 65 Watt processor at a paltry $109. This budget friendly 4-core, 4-thread processor has a 3.1 GHz base clock and is capable of boosting to 3.4 GHz when needed. It doesn’t have the full eXtended Frequency Range (XFR) technology to reward those that use enthusiast cooling with higher clock frequencies, but AMD did allow this processor to have a 50MHz clock boost if everything is in order. You need to keep in mind that this is the budget friendly processor and the lowest priced Ryzen desktop processor. 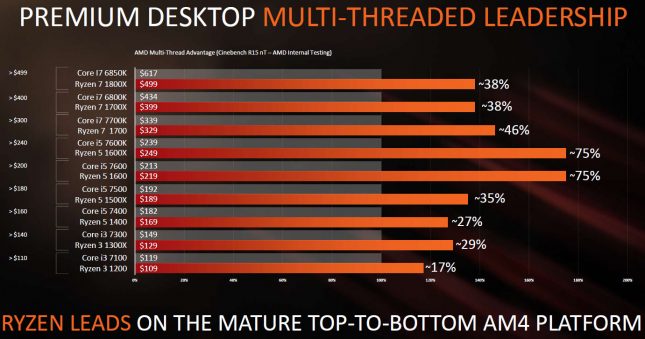 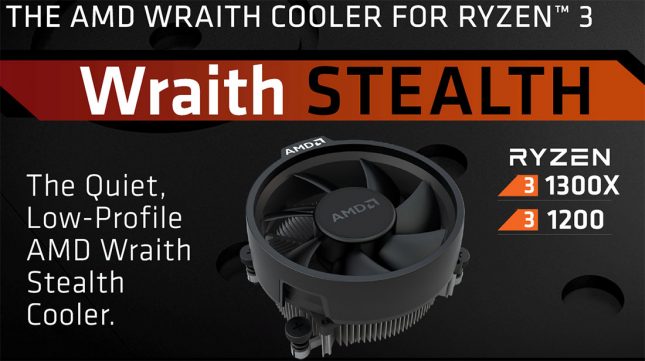 Both the AMD Ryzen 3 1200 and Ryzen 3 1300X will come with the Wraith Stealth cooler in the box. This cooler doesn’t have any flashy RGB lighting like the Wraith Spire, but it offer reliable CPU cooling without the need of paying more for an enthusiast class CPU cooling solution. 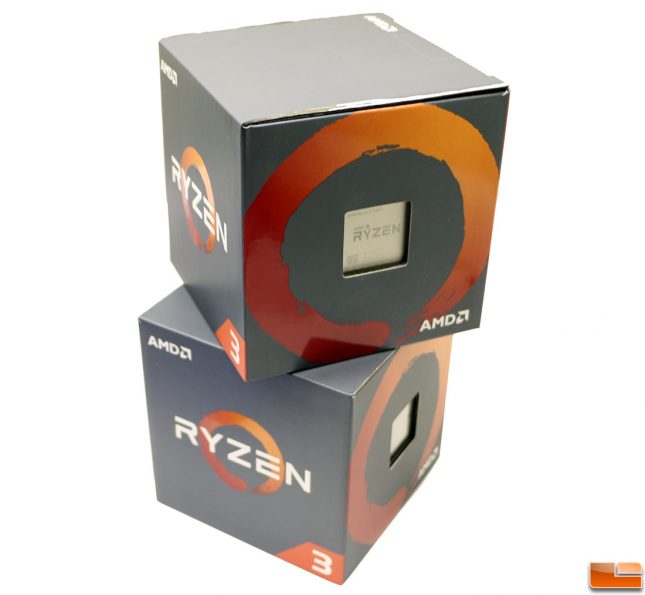 Without further ado let’s take a quick look at the test system and then start benchmarking these two processors!