Legit Reviews recently noticed that a number of sites are saying that AMD has cancelled their desktop Piledriver processors codenamed Vishera and other sites are reporting that Piledriver will be the last of performance CPU from AMD. Will AMD be discontinuing its performance processors for the desktop market after the launch of Vishera? We find it hard to believe that AMD would stop developing Steamroller (2013) and Excavator (2014), but you never know as AMD is starting to focus on APU’s these days. AMD normally just provides the following response when we ask about online rumors or breaking news – We dont comment on rumors. We were shocked to hear something different when we heard back from them this morning. It was a simple one line statement that says AMD remains committed to the performance processor market. We will have to see how this unfolds in the months to come! 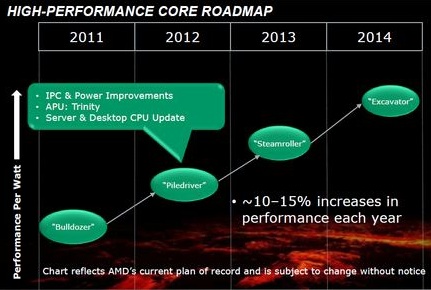 We [AMD] remain committed to the Performance CPU market.