The Radeon Technology Group (RTG) focused on the $199 and less video card segment with the Polaris GPU and they were able to gain over 7 points in the overall desktop GPU market share from 2015 to 2016. AMD also was up 10 points in the $299 and less market where at the end of 2016 they had 31% market share of that segment.

AMD is missing out by not offering a high-end graphics solution as 66% of all the profit margin is in the top 15% of the market. AMD wants to get into the high-end market and for that they have been working on the Radeon VEGA GPU Architecture. 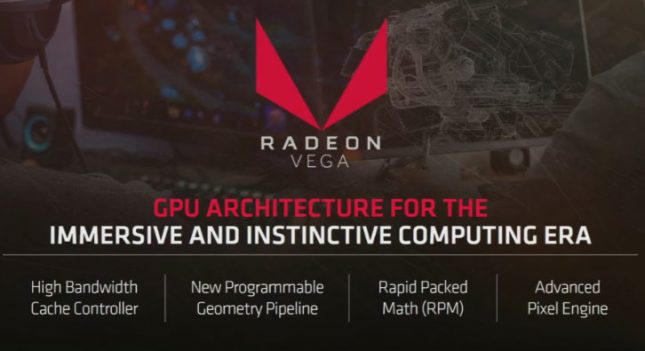 The next demo was showing off the new HBM2 memory where the new high bandwidth cache controller (HBCC) showed up to 3x performance benefits on Rise of The Tomb Raider. AMD’s HBCC aims to improve memory management and therefore increase game performance. Most games are optimized for graphics cards with 4GB of memory, so down the road HBCC is expected to play a bigger role.

Professional users that do content creation will also benefit from VEGA GPUs as AMD will be bringing the Radeon Pro VEGA SSG graphics card to market that has a Vega GPU combined with 2TB of on-board SSD NVMe and 16GB of High Bandwidth Cache (HBC). 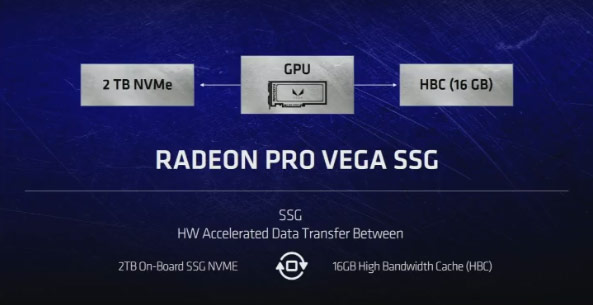 Raja said that AMD’s heterogeneous computing (CPU+GPU) is the right way to go after Machine Intelligence. AMD still believes open architecture and ecosystem is the right path to get to the top. 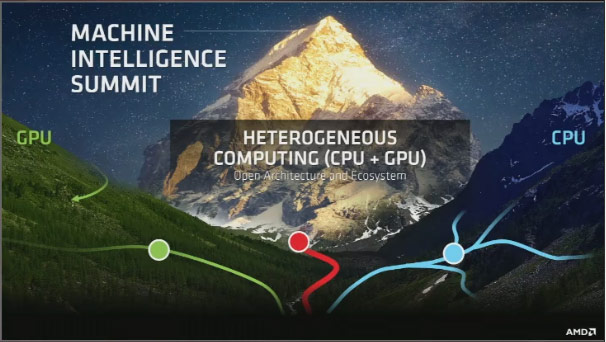 AMD isn’t really in the picture for machine learning, but they hope to change that with the latest CPU and GPU architectures. 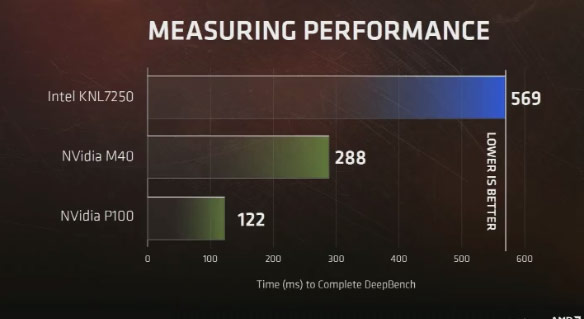 They showed a live demo running DeepBench against the NVIDIA P100 and showed that they were almost 40% faster than NVIDIA’s fastest shipping solution. Raja said that this doesn’t mean that they have won the battle, but they are at least in the picture now. 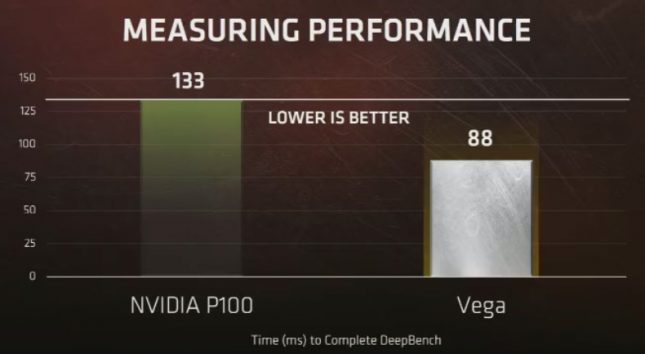 When is AMD Radeon VEGA coming out? The Radeon VEGA Frontier Edition is coming out first and it will debut in late June. This graphics card is aimed at data scientists and immersive engineers and top-of the line product designers. 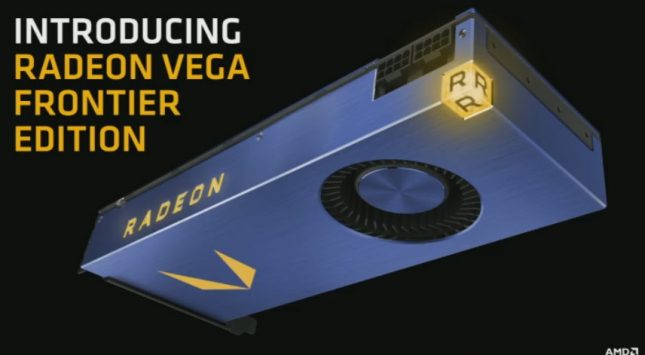 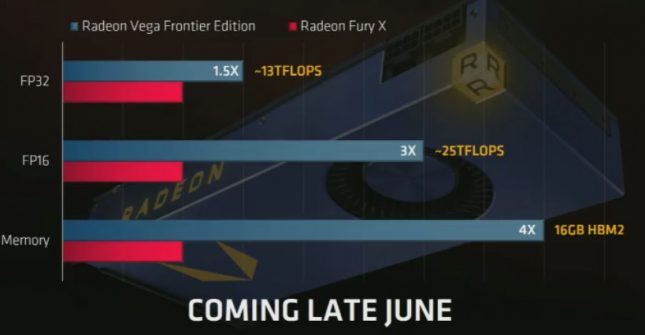 Here are a couple shots of one of the very first Radeon VEGA Frontier Edition graphics cards! 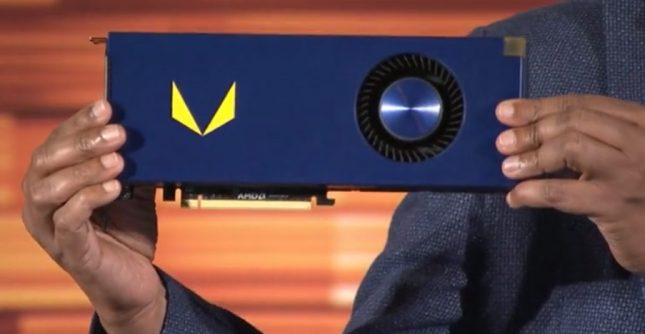 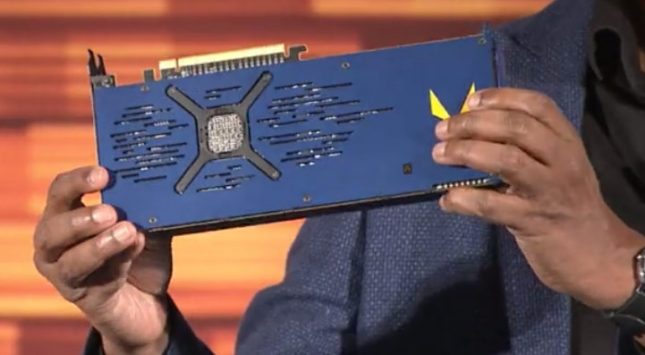 The AMD Radeon VEGA Frontier Edition has an 8-pin and a 6-pin PCIe power connectors along the top edge of the card.

AMD did not say what the price will be, but we expect to learn more about this card in the weeks ahead!