The unboxing experience for the AMD Radeon RX 6800 is very similar to that of the 6800 XT, but there are some subtle differences. 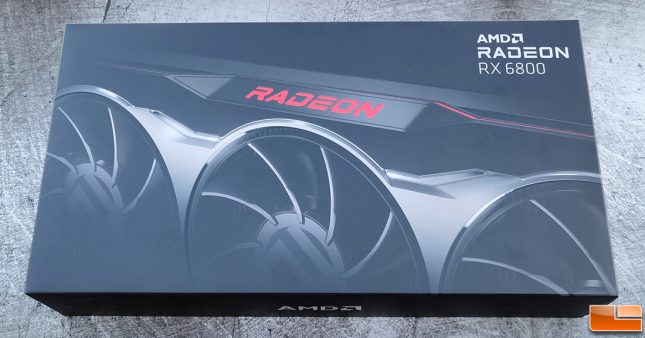 One thing that is different is the box itself as the flip top box used on the 6800 XT has been replaced by a more traditional outer box with normal ends. 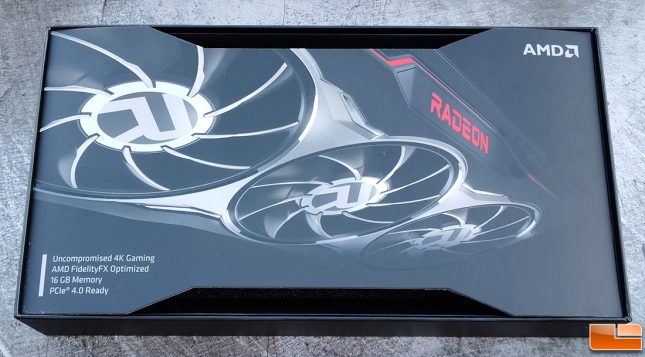 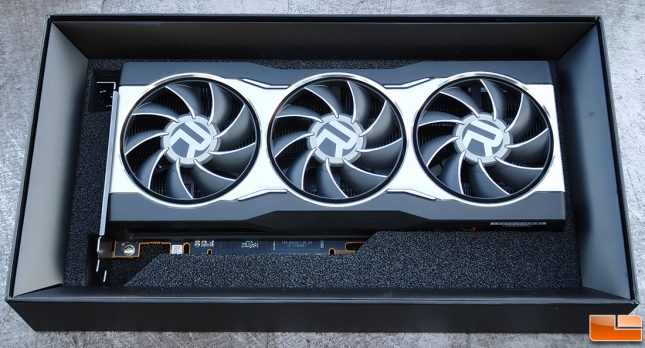 Believe it or not the Radeon RX 6800 still features 16GB of GDDR6 memory, so both models have the same memory solution. The GPU cooler on the Radeon RX 6800 is smaller, so this card features a 2-slot design. It still has two 8-pin PCIe video connectors up top for power, but the total board power (TBP) is down to 250 Watts instead of 300 Watts on the 6800 XT. 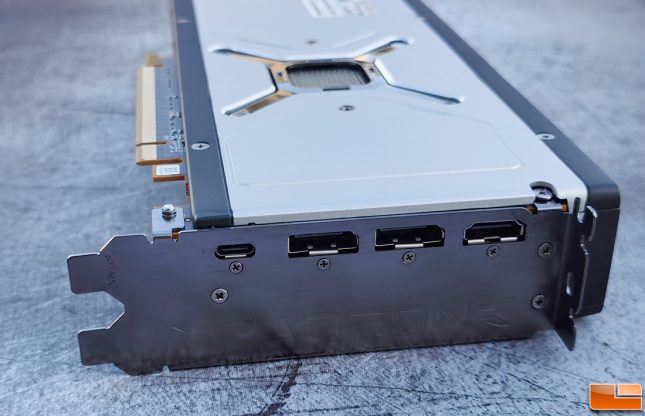 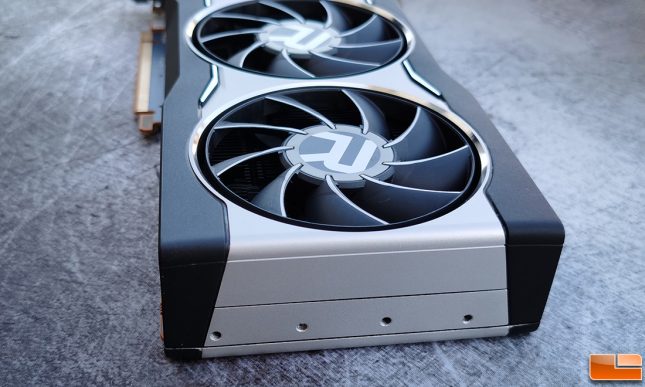 That is all we can show you right now, but we will be able to show our performance results with you on November 18th, 2020. These cards will likely be in high demand on the 18th and our reviews just happen to go up at the same time that you’ll be able to buy one. Demand for desktop graphics cards has been really high for next-generation graphics cards and game consoles, so if you are wanting to get a new card straight away we recommend being ready that morning.

We’ll have our initial look at the RX 6800 Series on November 19th, but we’ll have post-launch content coming as well as there is just so much to cover on these new cards. We also suspect that AMD will be able to optimize their drivers even further to get a little extra performance from RDNA2 as time goes on.

This is a brand new architecture for them and the first with dedicated hardware support for raytracing. DXR-enabled game titles are growing as in interest for the cards performance with and without raytraced effects. AMD is working on an answer to NVIDIA performance and image-quality boosting super sampling technology known as Deep Learning Super Sampling (DLSS), but it won’t be ready for this week according to online reports. AMD’s solution is called Super Resolution and will be part of FidelityFX suite of technologies. We’ll be talking about these cards for at least the next year, so get used to hearing about the AMD Radeon RX 6800 Series!