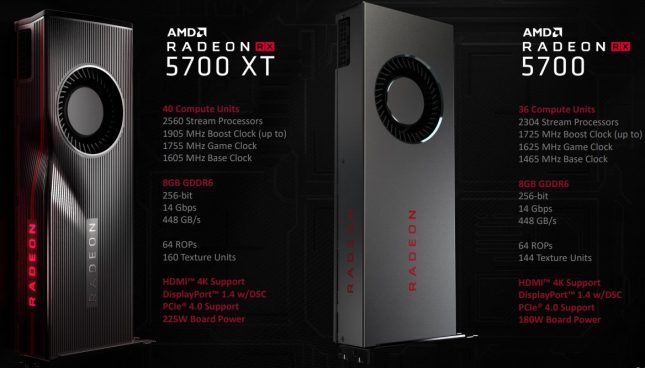 For those looking to spend a little less money there is the Radeon RX 5700 with 8GB of GGDR6 for $379. The Radeon RX 5700 is a slightly cut down version of the 5700 XT with just 36 Compute Units and 2,304 stream processors. Clock speeds have been lowered to 1465 MHz base, 1625 MHz gaming and 1725 MHz boost The 8GB of GDDR6 hasn’t been touched and is still running at 14 Gbps. The lower clock speeds and fewer CUs put the board power on this card at a respectable 180W. 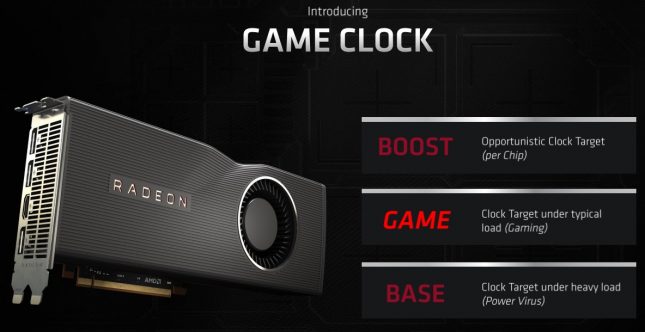 The AMD Game Clock is new for this series and is basically the clock speed at which consumers will see while gaming for extended periods of time. AMD wanted to a realistic number to correlate with what one sees when gaming and thus a new boost state was born. 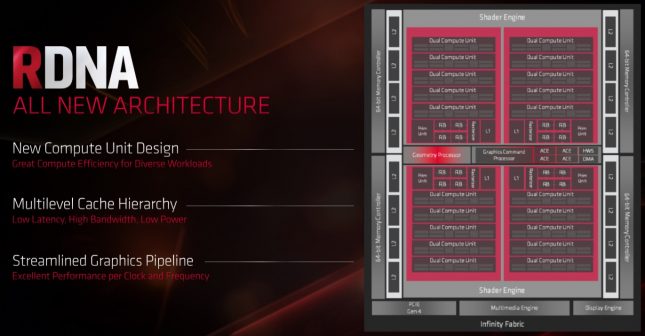 It should also be noted that AMD came up with a whole new architecture that has been introduced with the Navi GPU. RDNA has replaced GCN and bring all an all new compute unit design to the table. This is this first change of this magnitude in over 7 years! 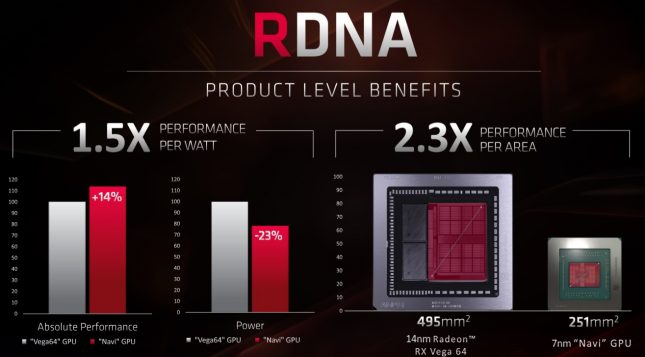 We don’t have time to dive deep in the architecture today, but RDNA has helped AMD get 1.5x performance per Watt improvements as well as 2.3x more performance per area. The 7nm ‘Navi’ GPU used on the Radeon RX 5700 series is just 251mm in size versus the 495mm monster used on Radeon RX Vega 64 graphics cards that were built on the 14nm manufacturing process. This also means that AMD will be able to get more dies out of each wafer produced and that has allowed them to lower production costs. 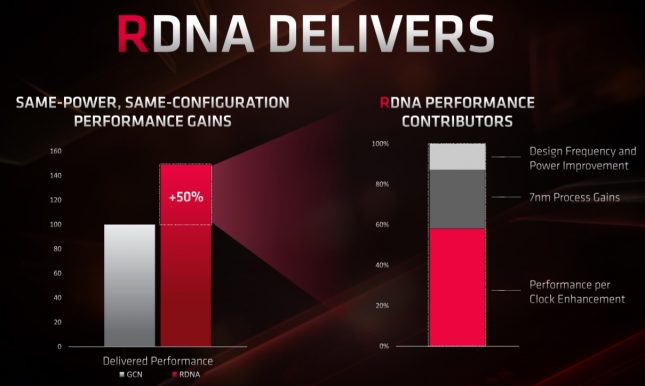 AMD was able to deliver these impressive performance gains thanks to RDNA. The slide above shows that performance per clock enhancement makes up about 60% of the performance gains, the move to 7nm helped by about 25% and design frequency and power improvements helped the last 15% or so. 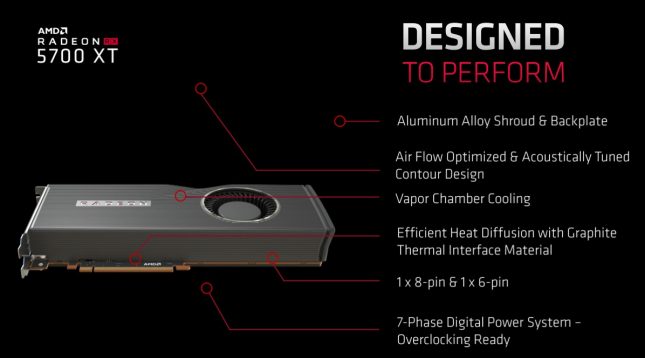 Despite what you may have read on leak websites or are even seeing in this slide deck… The Radeon RX 5700 XT and 5700 have just one 8-pin and one 6-pin PCIe power connector. AMD went with a 7-phase digital power delivery solution on this series and says that it is ready for overclocking. The Radeon RX 5700 XT has a sleek new fan shroud with a blower style fan and vapor chamber cooling. AMD is still a big believer of blower style fans and think that they are best suited for enthusiasts and gamers that have cases with good airflow.

The same holds true for the AMD Radeon RX 5700 when compared to the NVIDIA GeForce GTX 2060. 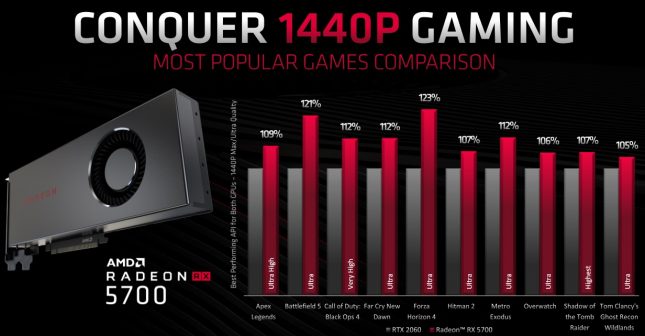 We got a chance to check out the Radeon RX 5700 XT in person at AMD’s press tech day before E3 2019, so enjoy some of our own images below. 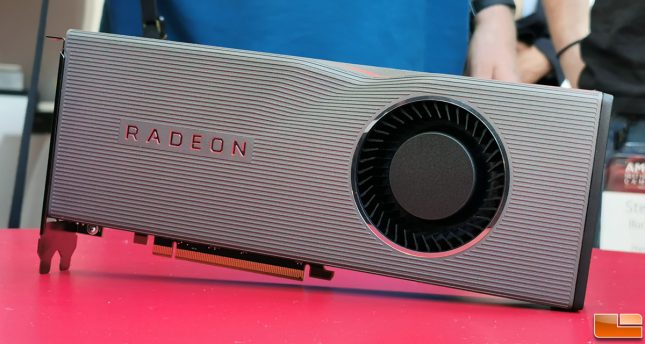 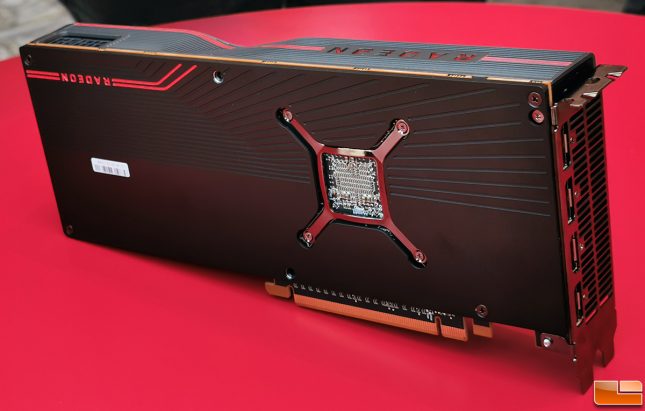 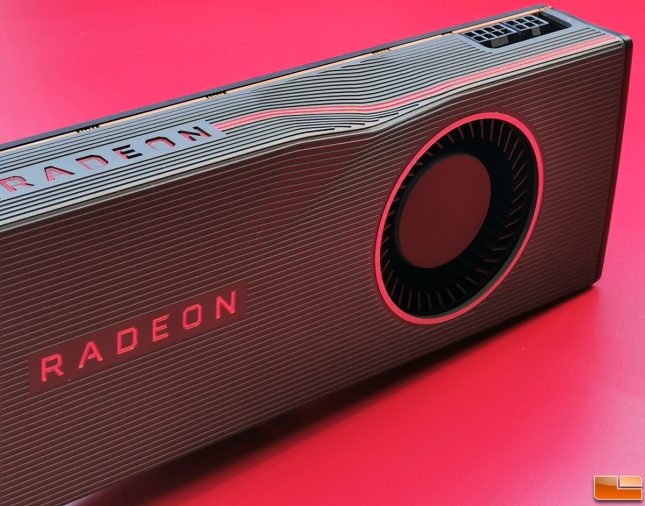 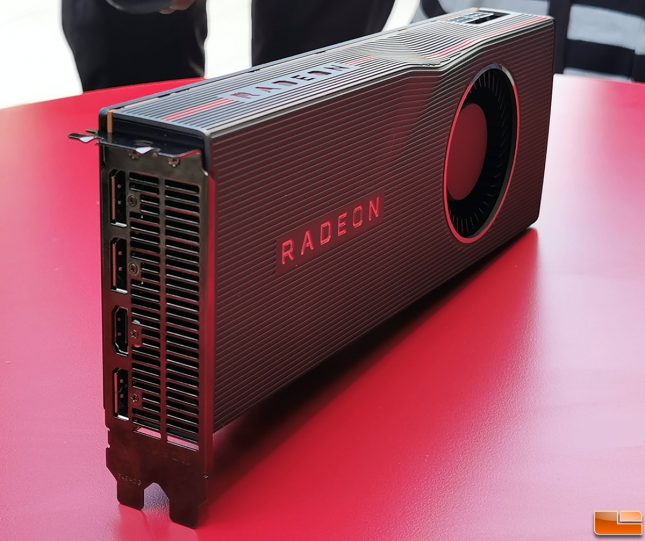 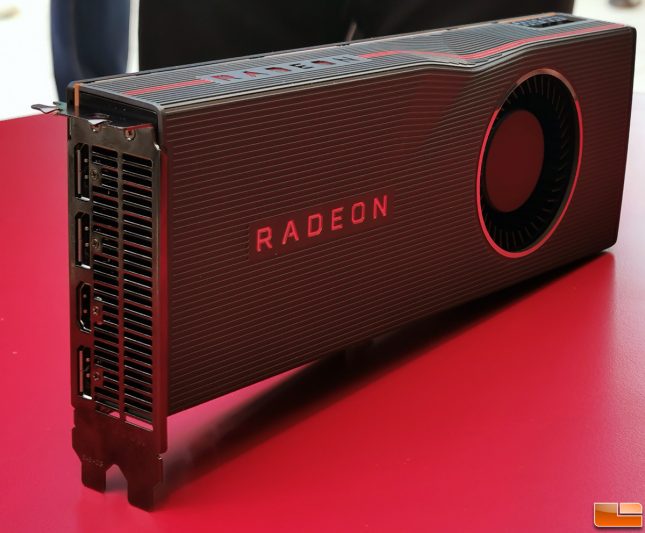 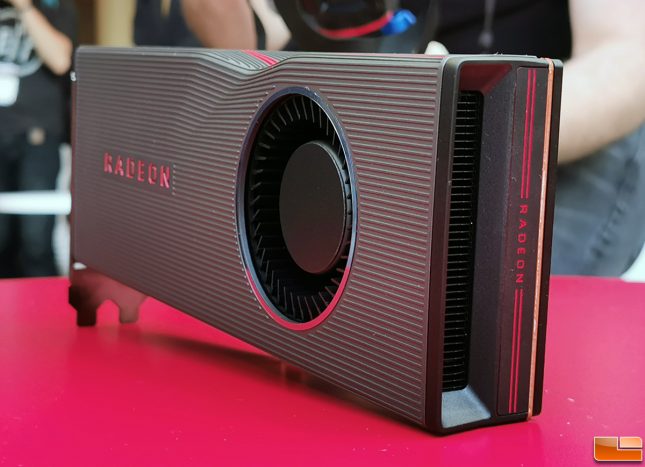 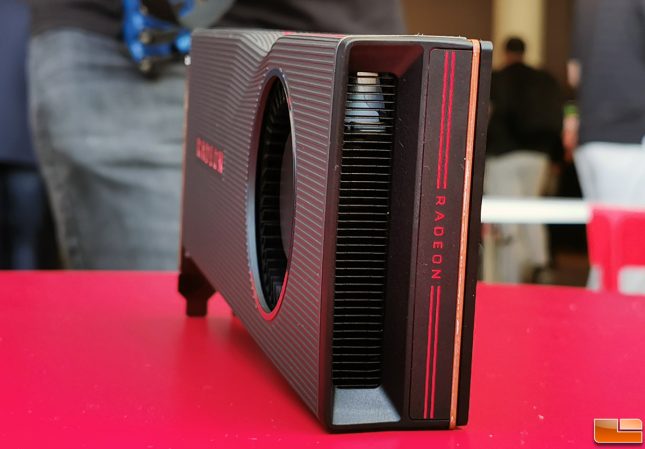 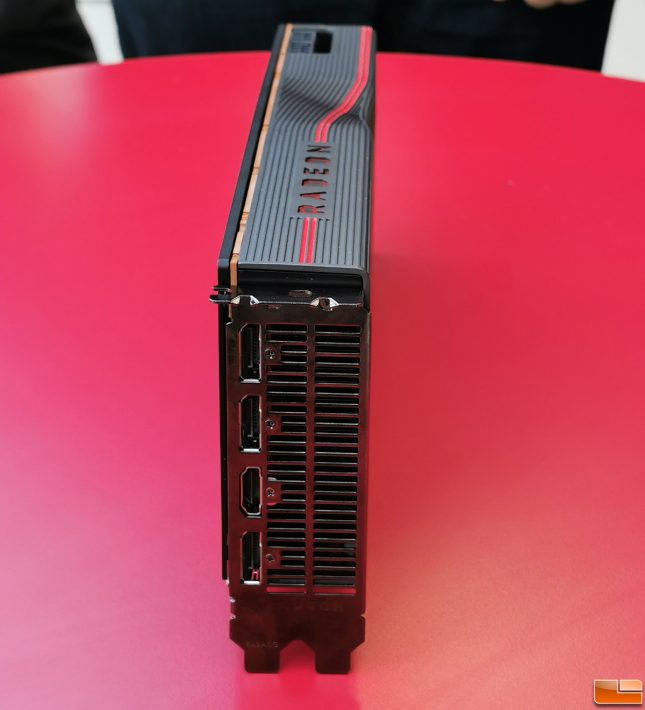 AMD stuck with HDMI 2.0b and DisplayPort 1.4 HDR outputs on the Radeon RX 5700 series cards. Many were expecting a move away form HDMI 2.0b to HDMI 2.1, but that did not happen this generation. 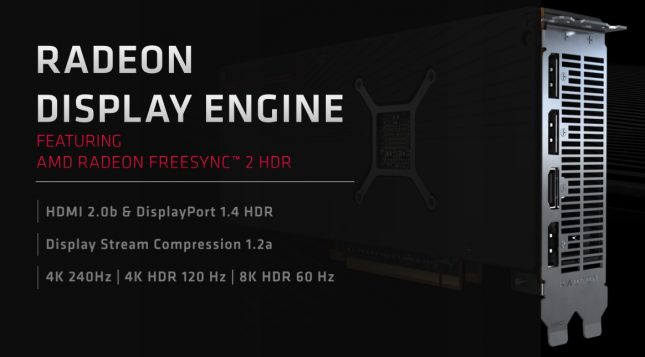 Lastly, the AMD Radeon RX 5700 series still relies on shaders for ray tracing as it does not have hardware acceleration on Navi GPUs. AMD said that next generation GPUs based on RDNA will have hardware support for real-time ray tracing. AMD says that they believe that cloud computing will eventually handle full scene ray tracing. 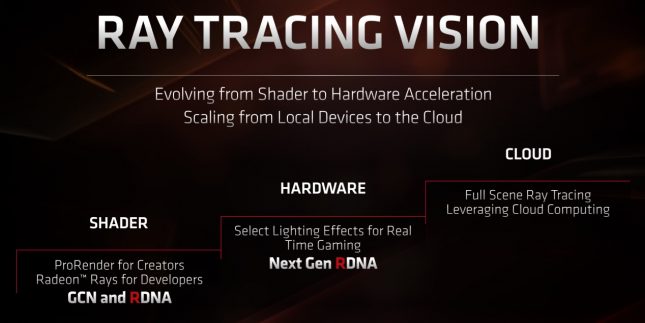