Here is a quick table that compared the key specifications for both cards. Now that you know what the key changes are between the ‘old’ AMD Radeon HD 7870 GHz edition and the ‘new’ AMD Radeon R9 270X, we can dive into the review! 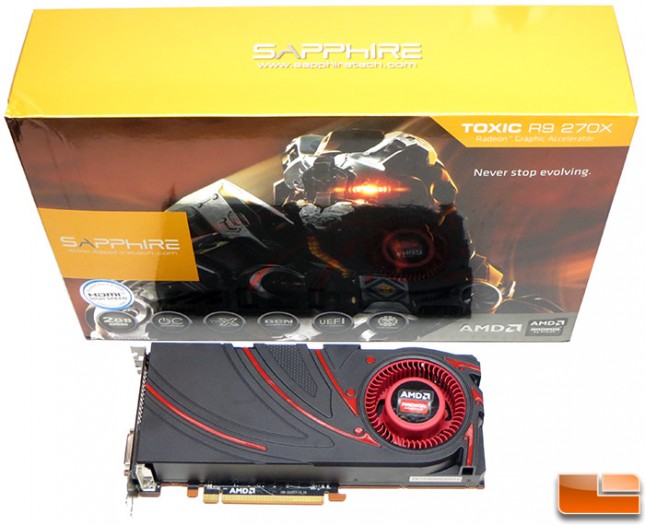 Today we’ll be taking a look at the AMD Radeon R9 270X reference card that runs $199 and the Sapphire Toxic R9 270X 2G GDDR5 with Boost (Part number 11217-02).  Sapphire will be offering three AMD Radeon R9 270X video cards and this will be the fastest and most expensive of the bunch:

As you can see the Sapphire Toxic R9 270X 2GB video card has the core and memory clock speeds overclocked 100MHz over the reference card, so this card will certainly be faster in game titles! This is also the lowest priced ‘Toxic’ card every released by Sapphire! 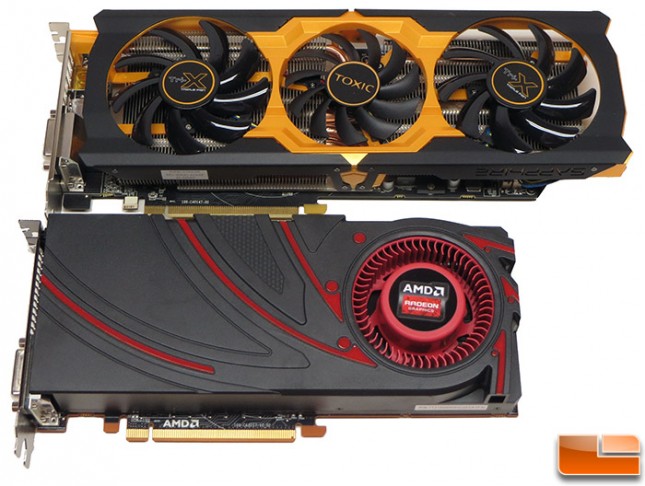 Both AMD Raedeon R9 270X video cards feature dual-slot coolers and share the same GPU and amount of memory and that is where the similarities end. Sapphire created an entirely custom PCB, fitted it with higher quality components (IE: Black Diamond Chokes and Solid Capacitors rated at 5000 Hours) and then topped that all off with an insanely huge triple fan GPU cooler! The AMD Radeon R9 270X reference card measures 9.5-inches in length and the Sapphire Toxic R9 270X is a full 12-inches long (PCB Measures 10.25-inches, but the fan shroud extends past the PCB). The Sapphire Toxic R9 270X is by no means a small card and it won’t fit in all PC cases, so be sure to check your measurements if you are thinking about ordering one of these beasts in. 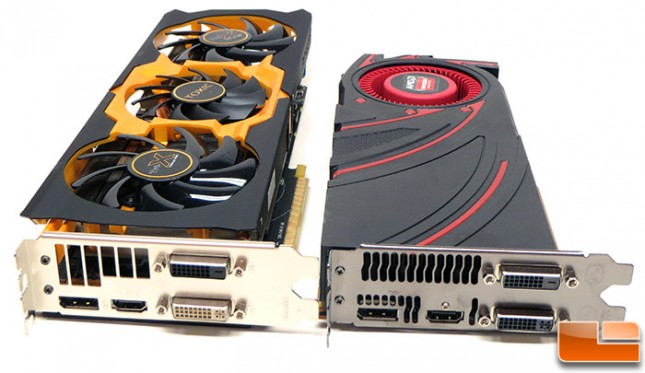 When it comes to video outputs you have a pair of DVI connectors (DVI-I and DVI-D), Display Port and HDMI. Both cards have high-airflow exhaust brackets to reduce noise and improve airflow for better cooling. 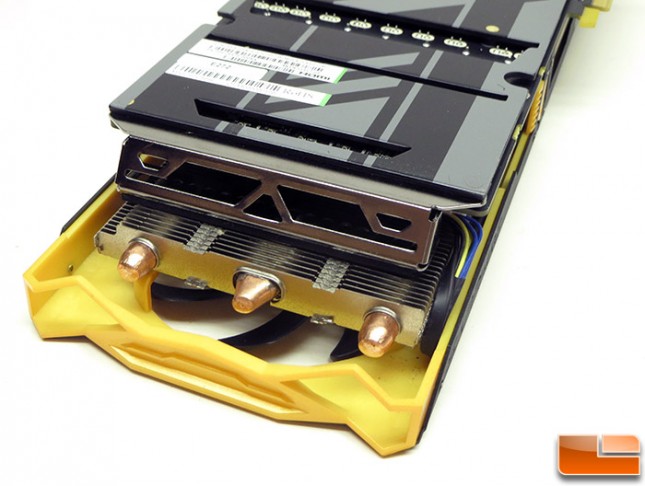 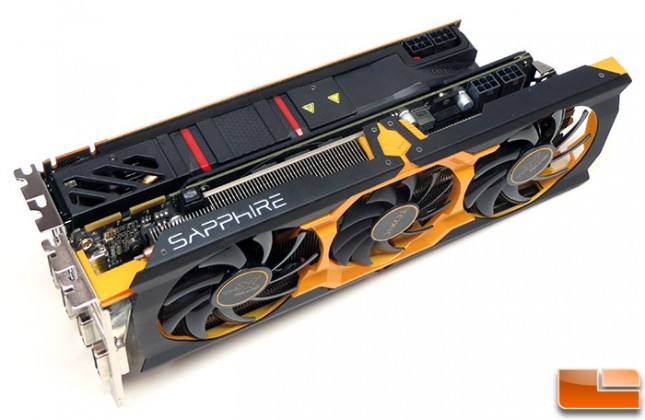 Both cards have a pair of 6-pin PCI Express power connectors located along the top edge of the video card for a combined total of 150 Watts of additional power. Sapphire recommends a 550W or greater power supply with two 75W 6-pin power connectors for this video card to operate properly. If you wanted to run AMD CrossFire at some point in time, the recommended PSU is a 600W or greater model. Notice that the AMD Radeon R9 270X has a single CrossFire interconnect on top for pairing it with another graphics card and the Sapphire Toxic R9 270X has two. We aren’t sure why this card has two interconnects and have asked both Sapphire and AMD for clarification.

It should be noted that the word Sapphire along the top edge of the Toxic R9 270 does light up when the card is turned on and the is a burnt orange color. 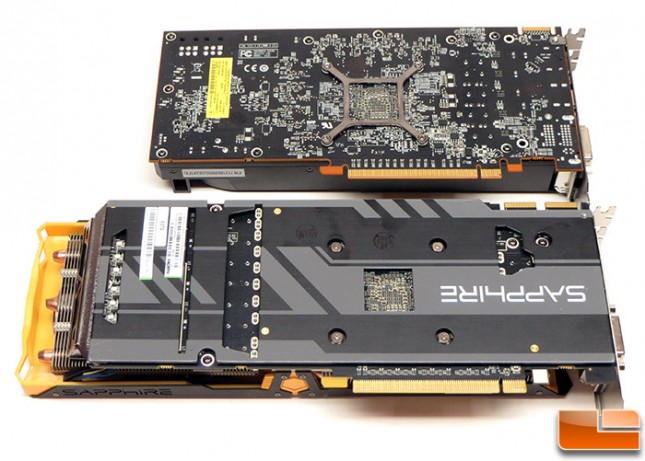 The back of the AMD Radeon R9 270X reference card doesn’t have a backplate, but the Sapphire Toxic R9 270X does!  We really like backplates on video cards as it makes them look more finished in the case and reduces the chance of hurting the card when installing and removing it from the chassis. It should be notice that with this backplate on the card it is technically a 2.2-slot card, so if you have a chipset right behind your primary PCIe x16 slot you might have some clearance issues. 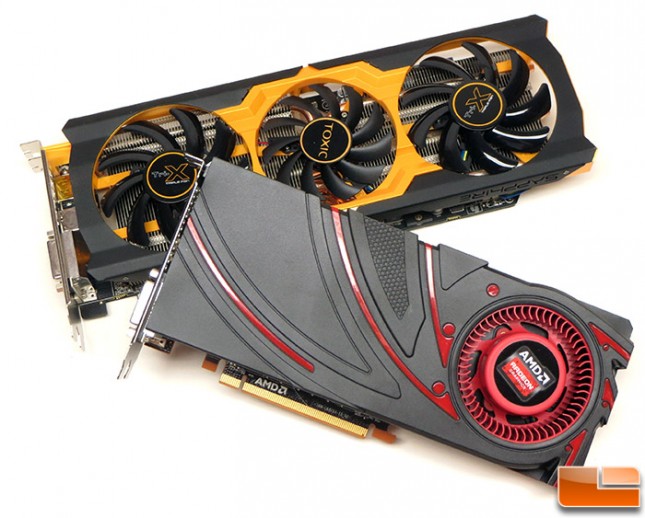 The AMD Radeon R9 270X and Sapphire Toxic R9 270X are two good looking cards, but how do they perform? Let’s put them both to the test and see how they do!