8 Pack over on Overclockers.UK has taken two AMD Radeon R7 240 video cards and ran them in CrossFire with the hopes of having the highest 3DMark 11 score for the Overclocking Pro Cup Q1 2014. His setup got our attention this morning as he got a 100% overclock with these GPUs! He heavily modded his cards with three EVGA E- power boards per card one each for Core, Pll and Vmem. Each EVGA E-Power Board runs $99, so he has $600 in power boards to achieve his overclock. He also needs three 1200 Watt power supplies for the needed PCIe power connectors. 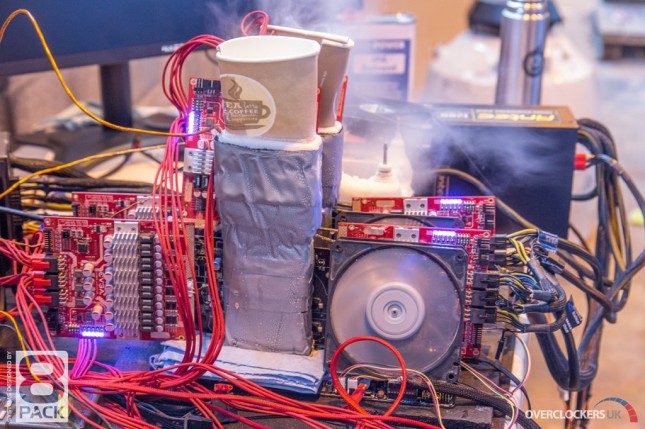