Windows 8.1 Preview introduced DirectX 11.2, which brings a host of new features to improve performance in your games and graphics apps. The standout feature appears to be Direct3D tiled resources, which allows developers to easily use both GPU and system memory (RAM) to store textures. Microsoft has confirmed that DirectX 11.2 will be exclusive to Windows 8.1 and the Xbox One. 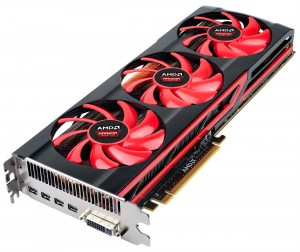 Video cards based on AMD’s Graphics Core Next (GCN) architecture, the Radeon HD 7000 series and the OEM-rebadged HD 8000 series, aren’t currently compatible with DirectX 11.2. A number of sites reported last week that they will never be compatible, but AMD says that is not the case. The issued the following statement today that says they will introduce a driver update that will enable DirectX 11.2 support on AMD Radeon HD 7000 series video cards!

“The Radeon™ HD 7000 series hardware architecture is fully DirectX 11.2-capable when used with a driver that enables this feature.  AMD is planning to enable DirectX 11.2 with a driver update in the Windows® 8.1 launch timeframe in October, when DirectX® 11.2 ships.  Today, AMD is the only GPU manufacturer to offer fully-compatible DirectX 11.1 support, and the only manufacturer to support Tiled Resources Tier-2 within a shipping product stack.” – AMD PR 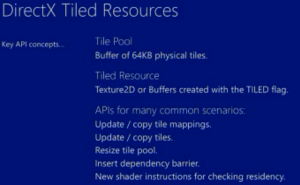