UPDATE: Since posting this article we have completed a full review of the Radeon HD 4850 graphics card and you can find that article here. We also worked with ATI to solve our driver installation problem and the glitch has been resolved.

The scheduled release for ATI’s upcoming RV770 parts, the Radeon HD 4850 and Radeon HD 4870, was scheduled for next week, but it seems that it got bumped up to today. Some European e-tailer has started to sell cards and AMD/ATI had no choice other than to remove our gag order on the video cards we already have. The sad thing is that we just got the cards this week and the Windows Vista 64-bit drivers won’t install because their might be an installer issue. Why a company would sell cards before the final driver is complete is beyond me, but today we can show you the upcoming ATI Radeon HD 4850 in a preview of sorts. AMD doesn’t want us to discuss the details of the Radeon HD 4850, so we are just going to show off the card and some power point presentation slides. Not much else we can do since we don’t have drivers and we worked with ATI from 8pm CST to 2AM CST trying to get it some in our hands without success. 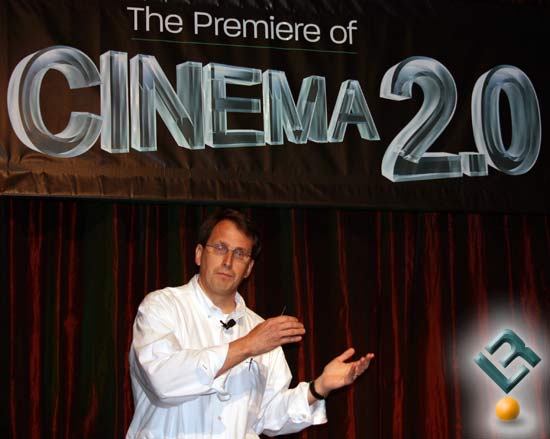 We just got briefed on the Radeon HD 4850 graphics cards during and after the Cinema 2.0 launch in San Francisco that took place Monday!  We’ve had the cards in our hands for a short period of time and can’t use them on our 64-bit test systems, but at least we can look at them. 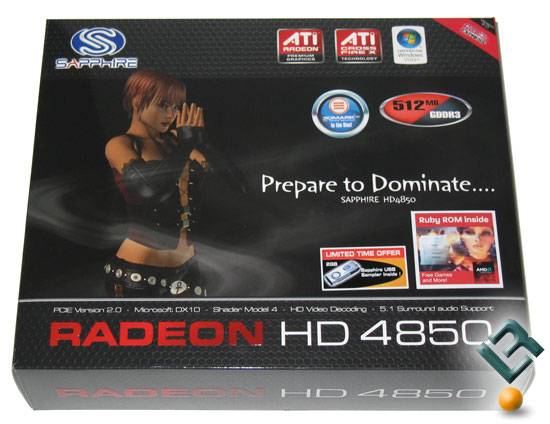 The retail card that we have is the Sapphire Radeon HD 4850, which features an MSRP of $199 and will be the jewel in the price versus performance charts for months to come. It is also the first card that has a TeraFLOP of compute power.  Not bad at all for a price tag of just $199! 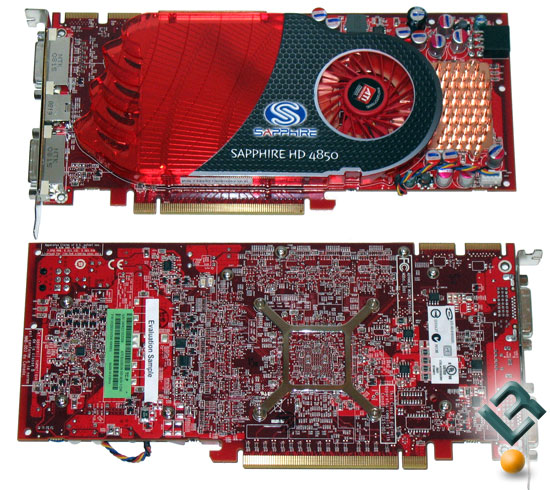 Here are a pair of cards laying opposite directions, so you can get a feel for the layout of the Radeon HD 4850 series. Sapphire used the reference design from ATI, so the PCB and heat sink should be good to go. Notice the Radeon HD 4850 takes up just a single slot! This is good news and it means that CrossFireX with four cards is possible in boards that have four PCI Express x16 slots. 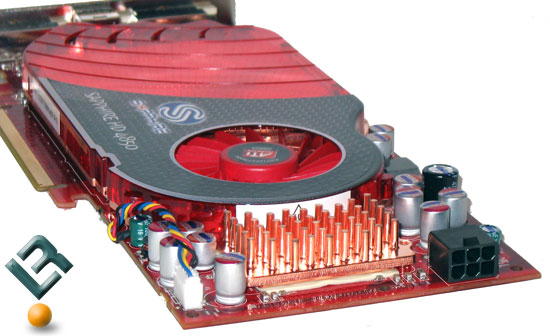 You’ll notice that the Sapphire Radeon HD 4850 has just a single 6-pin PCI Express power connector on the board and that is because it uses just 110 Watts of power during peak usage! The box of the Sapphire Radeon HD 4850 states that a 450W or greater power supply with a 75W 6-pin PCI Express power connector is recommended for use.  If you want to run these cards in CrossFire you’ll need at least a 550W power supply and two 6-pin connectors.  The box doesn’t say want you need for 3-way and 4-way CrossFireX and we are still under an embargo on information that isn’t on the box or in the presentation deck, but you can figure out the math on that one. 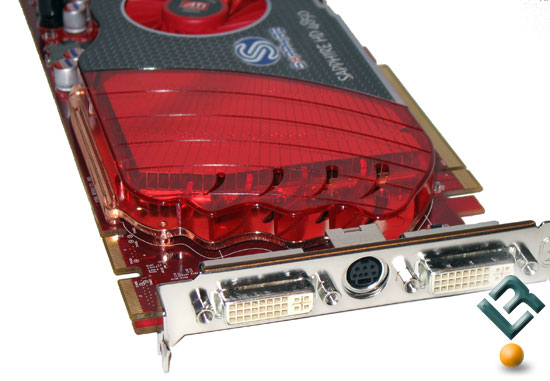 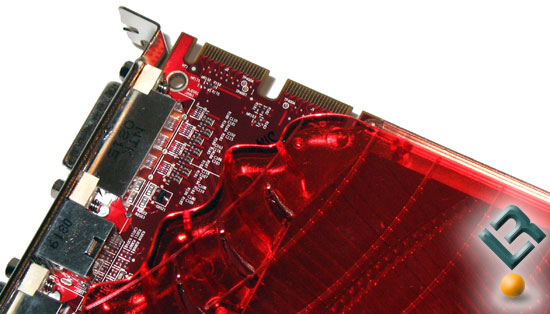 As previously mentioned the board supports CrossFireX for those that want more performance!