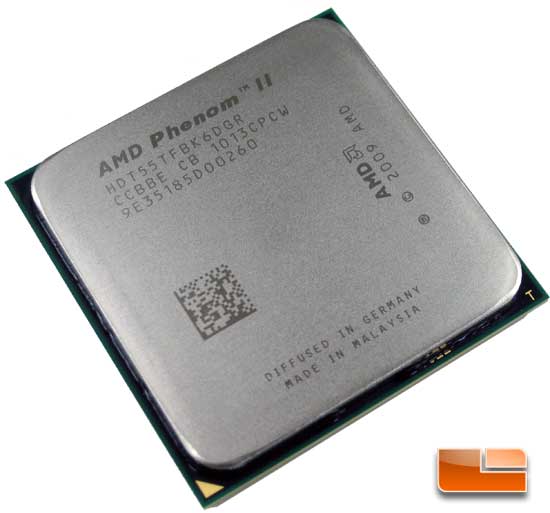 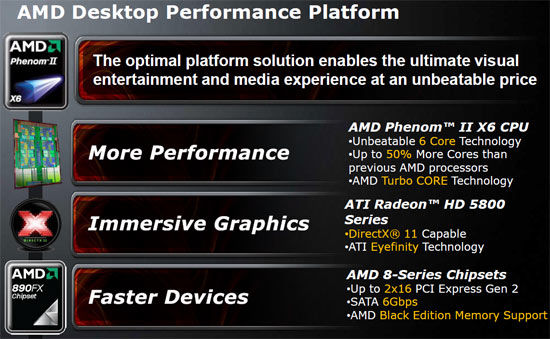 When you combine the latest technology from AMD, which includes the Phenom II X6 processors, AMD 8-series chipsets, and ATI Radeon HD 58XX series graphics cards you will have a system that AMD has dubbed the ‘LEO’ platform. The ‘LEO’ platform is said to be the ultimate AMD platform for power users. 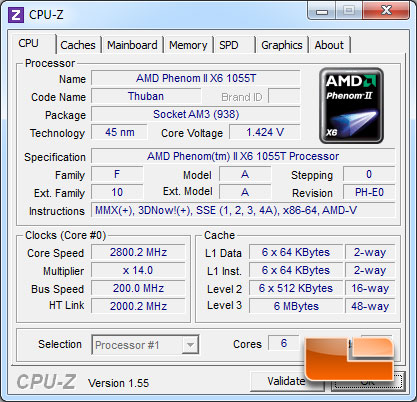 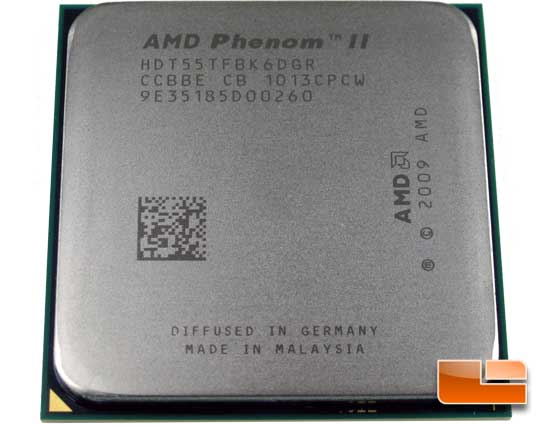 The AMD Phenom II X6 1055T has six real 45nm cores of processing power that operate at 2.8GHz under full load. If the CPU finds itself in a condition where 3 or more cores are idle, the processor can use Turbo CORE technology to boost the active 3 cores to 3.3GHz improving performance on less heavily-threaded workloads. If you are interested in a much more in-depth explanation of how the AMD Turbo CORE technology works you can find that in the AMD Phenom II X6 1090T processor review here.