AMD announced this week that the AMD Gaming Client (or App) has surpassed 5 million users & now officially supports 189 game titles. The AMD Gaming Evolved program started on September 25th, 2013, so it took just eight months to get 5 million people using the App. The AMD Gaming Evolved App Powered By Raptr was designed to to make PC gaming as simple to use as consoles. It has grown from a client that tracks your gameplay into a social hub for your gaming life, permitting interaction with your Facebook and Twitter connections, live streaming your gameplay to Twitch.tv, communication and tracking of your Steam, Xbox Live, PlayStation Network, Xfire friends, and more. AMD hopes to get more gamers using the App and recently announced a rewards points program that gives you the chance to get things for just playing games and using the client! 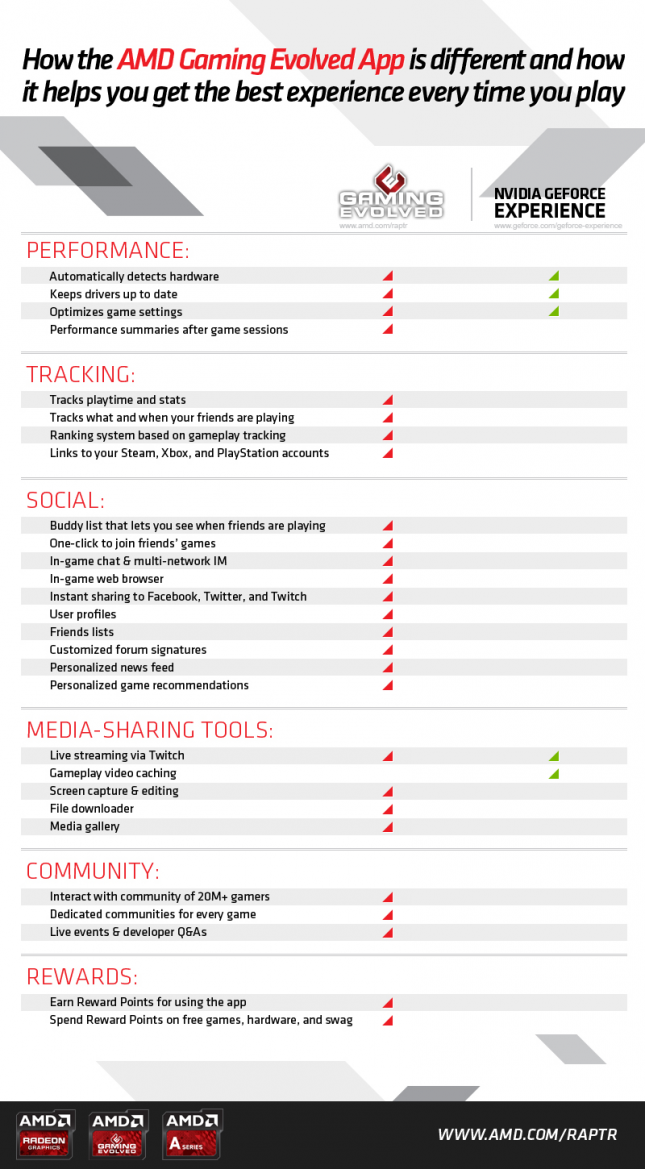