AMD FreeSync Drivers and Monitors Are Finally Available in America 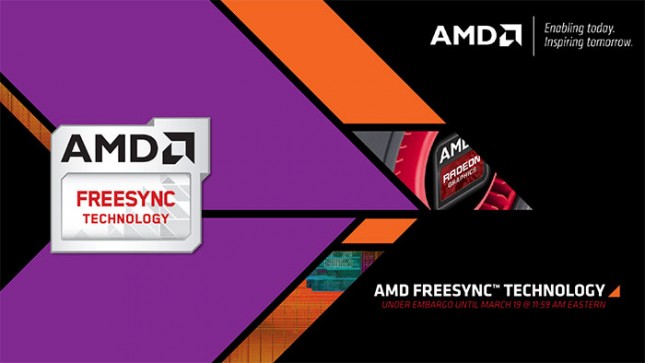 AMD Freesync is the next step in the evolution of AMD graphics technology. Today AMD is launching the drivers that will enable AMD Freesync on the compatible product stacks. In short, AMD FreeSync is an open standard product that is designed to enhance gameplay by dynamically changing the refresh rates of the monitor. Dynamically changing the refresh rate of the monitor isn’t done blindly, it’s synced to the graphics card to prevent image tearing and stuttering. 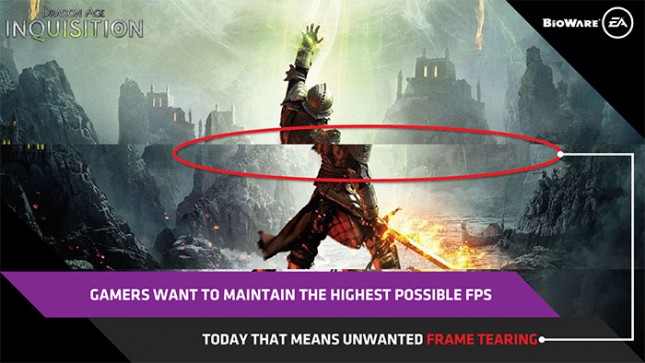 In the quest to hit the highest frame rate, there is occasionally a bit of tearing in the screen. If you’re like me, you didn’t notice it until it was pointed out to you. Now I can’t not notice it and it drives me up the proverbial wall!

The above slide from AMD shows what causes the stutter. While GPU is rendering the next frame, the display is repeating the last frame until the next frame is ready to go. All of a sudden you’re three steps ahead of where you should have been while waiting for the next frame to render. Freesync takes care of that by syncing the monitor refresh and the GPU frame rendering. 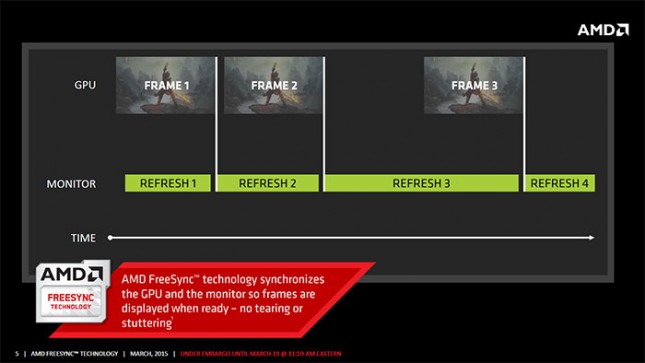 AMD Freesync is either slowing down or speeding up the monitor refresh rate to coincide with the frames being rendered. This will give us a tear & stutter free gaming experience! 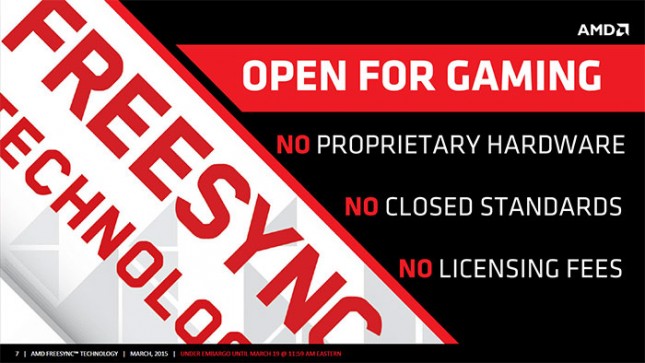 If you’re like me, cost to performance is always something to consider when looking at computer hardware and upgrades. AMD Freesync doesn’t add any cost to the end user. The hardware is already existing, so there’s no cost there. The standards are totally open for anybody to use, and there is no cost for licensing. I have a strange inkling that’s part of the reason this technology is being called Freesync! 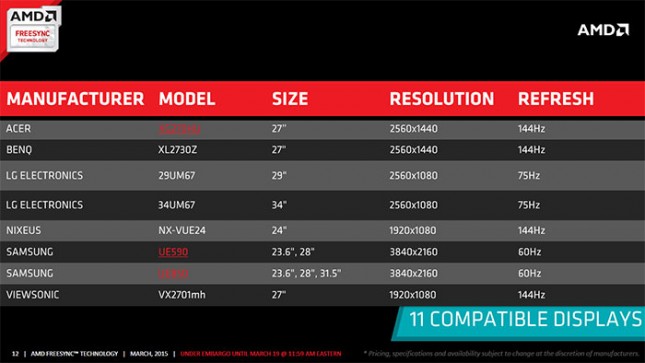 The monitors are slowly becoming available. Last night Newegg.com listed the BenQ XL2730Z for sale. The XL2730Z is retailing for only $629.99. We should see more AMD FreeSync capable monitors hit the market soon. 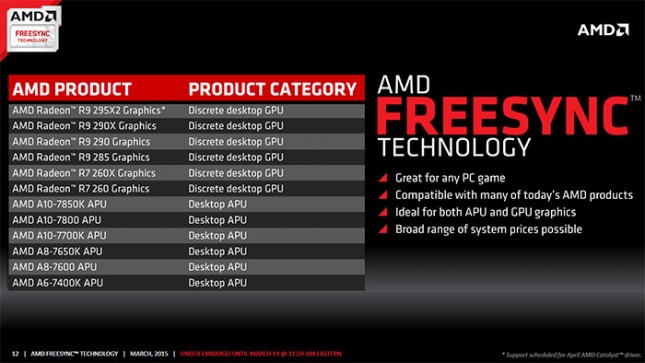 AMD FreeSync technology is going to be enabled and many of AMD’s current product line. One of the great features about FreeSync, it’s not limited to strictly the discrete GPU’s in the AMD Radeon stack, but it will also be enabled in the AMD 7000 APU’s! Whether you’re running the latest and greatest AMD Radeon R9 295X2 graphics card, or an AMD A6-7400K APU you’ll be able to benefit from this technology! 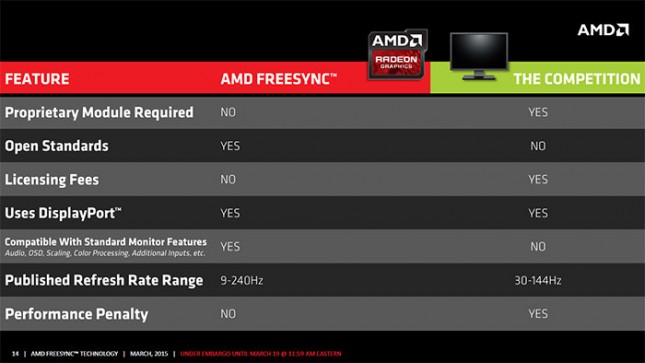 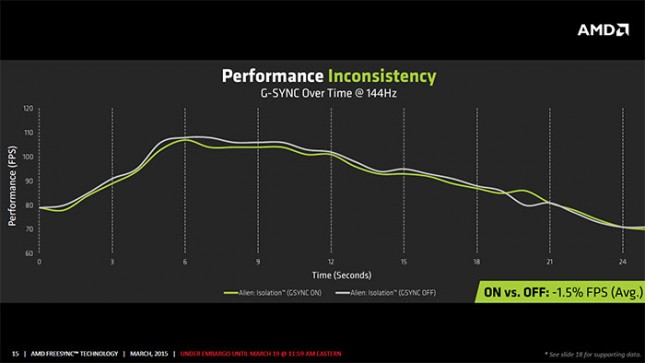 According to AMD, the competition takes a roughly 1.5% (average) hit to the performance in Alien Isolation 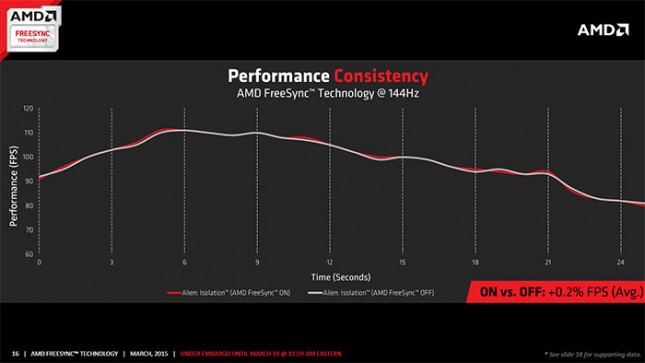 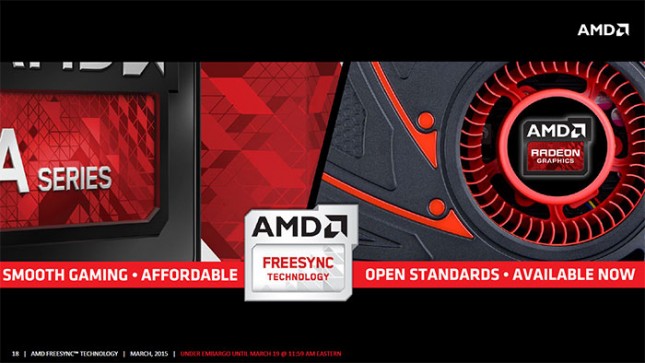 Now that the AMD Freesync drivers have been launched and the AMD Freesync monitors are starting to come out of the woodwork, what are you looking forward to most from AMD Freesync? Be sure to let us know in the comments or in the forums!