The AMD Radeon video card leaks are rampant this weekend and now we have run across what appears to be the very first pictures of AMDs mid-range Curacao Pro graphics card. The Curacao chip would be replacing the current Radeon HD 7800 Pitcairn based GPUs and would arrive in two variants, the XT and Pro. The image shows a video card with an entirely new GPU cooler design on the graphics card that is unlike anything we have seen before. The Curacao Pro card is said to be branded as the AMD Radeon R9-270 with the XT variant being called the AMD Radeon R9-270X. (Some sites are calling it the AMD Radeon R7-260) 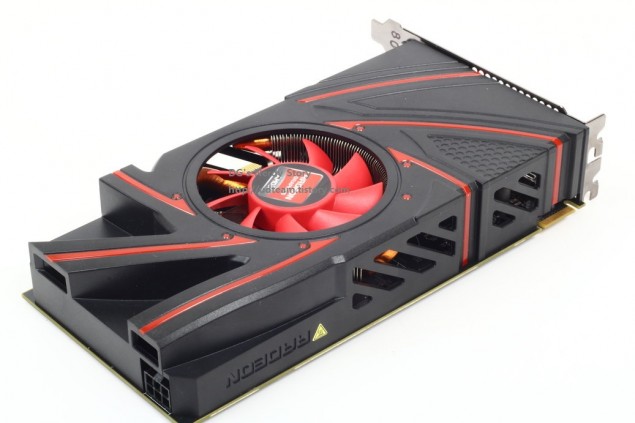 The dual-slot card has a single 6-Pin connector and looks wicked! Let’s just hope it cools effectively and the noise level isn’t too bad as the fan shroud design is certainly unique. 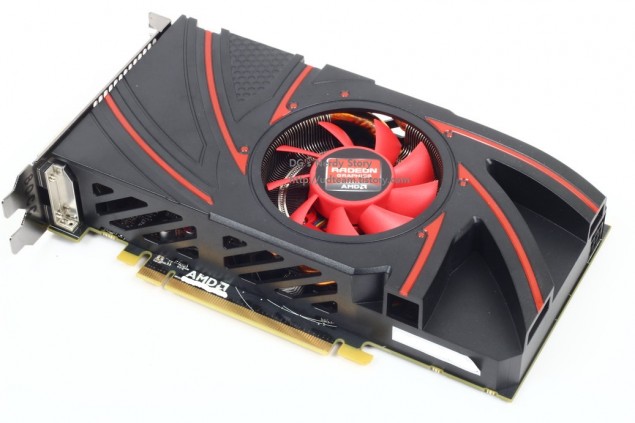