A large number of AMD users were upset by the recent AM4 roadmap update. The one where a large contingent of users who purchased an AMD 400 chipset series board with the expectation of being able to use it with future ‘Zen 3’ processors. Well, after thought longer about the technical challenges and community feedback… They chip maker had a change of heart and is going to enabled Zen 3 support on the feedback we have received and have decided to move forward to enable Zen 3 support on 400 series motherboards. That means AMD B450 and X470 boards will support next-gen AMD Ryzen processors with the Zen 3 architecture! That means you’ll be able to run AMD Ryzen 4000 series processors on AMD B450 and X570 boards once the right beta BIOS is installed. 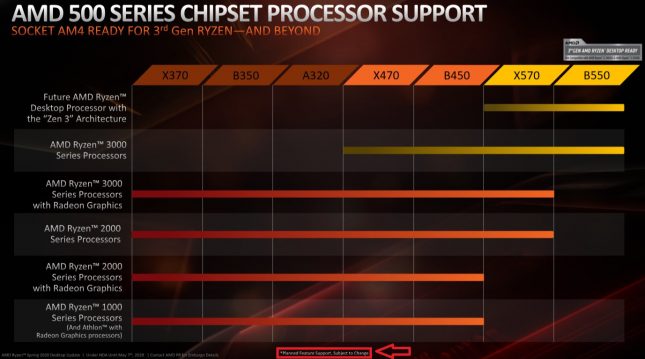 This is what AMD plans on doing:

At CES 2017, AMD made a commitment where they would support AMD Socket AM4 until 2020. Hopefully this will please the AMD fan base and show that AMD has lived up to their promise. You can find AMD’s official statement on the matter here.