Twitter user TUM_APISAK recently discovered an AMD Engineering processor on UserBenchmark that might just be an AMD 3rd Gen Ryzen processor. The detailed performance results from this user run show an AMD Myrtle board running a single 12-core, 24-thread processor with a 3.4 GHz base clock and a 3.6 GHz average clock. Under the processor details it lists an AMD engineering sample is identified by model: 2D3212BGMCWH2_37/34_N and this is believed to be a Ryzen ‘Matisse’ 7nm CPU (check out the decoder).

Other tests results from the same test run show some interesting bits of information. For example only one stick of DDR4 memory was shown to be used and that might limit some performance. The UserBenchmark System Memory Latency Ladder test shows the latency of L1, L2, and L3 caches and the decline in performance at 64MB could indicate this 3rd Gen Ryzen processor has at least 32MB of L3 cache. 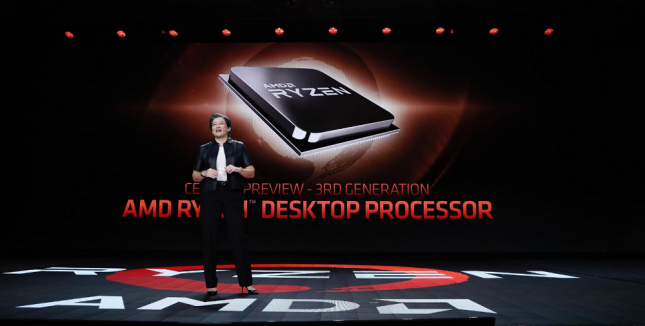 That said, the multi-core benchmark results are exciting to say the least and it shows that AMD is bringing more cores to the AM4 platform. Do we need 12-core, 24-thread processors in mainstream platforms? Maybe not, but software developers will eventually begin to take advantage of all the cores and then you will.