AMD President and CEO Dr. Lisa Su took to the stage tonight as the keynote speaker at Computex 2019 in Taipei, Taiwan. AMD is set to have an incredible year thanks to having both 3rd Gen Ryzen processors and new Navi GPUs built on the latest 7nm manufacturing process. 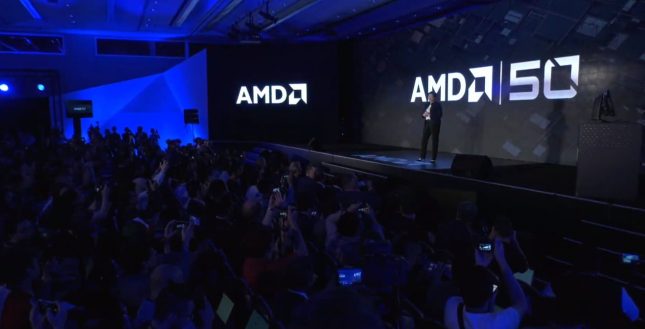 Just like many expected, AMD did indeed announce their next-generation Ryzen 3000 processors that are based on the Zen 2 core architecture and built on the 7nm process over at TSMC. This new series will be compatible on existing & upcoming AM4 motherboards after a UEFI update. The AMD Ryzen 3000 series processors will feature the usual Ryzen 3, Ryzen 5 and Ryzen 7 series as well as a brand new Ryzen 9 series that will have even higher core counts and aimed at enthusiasts. 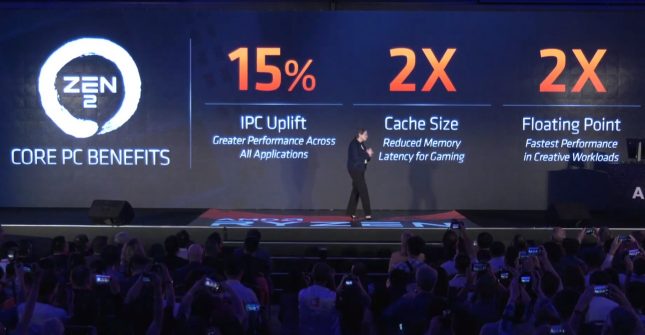 The big news with Zen 2 is that it offers up to 15% higher estimated instructions per clock (IPC) over the predecessor Zen architecture. All of the new Zen 2 processors offer up to 40 PCIe 4.0 lanes when used with the upcoming X570 boards. PCIe 4.0 doubles the bandwidth for motherboards with the X570 chipset over PCIe 3.0. It will also bring 42% faster storage performance than PCIe 3.0, so moving to PCIe is a big deal. 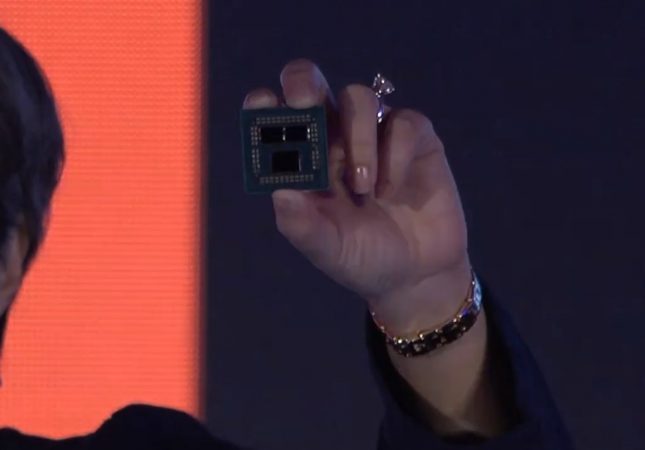 The brand new AMD Ryzen 9 series will feature CPUs with up to 12-cores, 24-threads. The flagship processor will be the AMD Ryzen 9 3900X. The Ryzen 9 3900X is the flagship 12 core part with boost clocks of up to 4.6GHz for $499. One of the most impressive specifications of this processor is the fact that it has a total cache size of 70MB! It is also just a 105W TDP part. The Ryzen 9 3900X is clearly aimed at the most demanding AM4 platform users. This 3rd Gen AMD Ryzen 9 processor use AMD’s most advanced chiplet architecture to bring 12-cores to the AM4 platform.

The big take away message here is that the AMD Ryzen 9 3900X is here to compete with the higher-end mainstream desktop processors from Intel. The 3900X has 12 cores, 24 threads, power-sipping 7nm process, PCIe Gen 4.0, and the Zen 2 core boasting a 15% IPC increase. This is going to be a really interesting year for CPUs and GPUs!