During its hardware event this week, Amazon announced a new game streaming service called Luna. It promises that the gaming service makes it easy to play great games on devices you already own without waiting for downloads or updates. Anyone wanting to request early access two Luna can do so here.

The game streaming service supports multiple devices, including PC, Mac, Fire TV, and their web apps for the iPhone and iPad. The web apps for Apple products get around Apple’s App Store game streaming limitations. Players can start a game on one device and pick it up on the other device later with the Luna Controller. 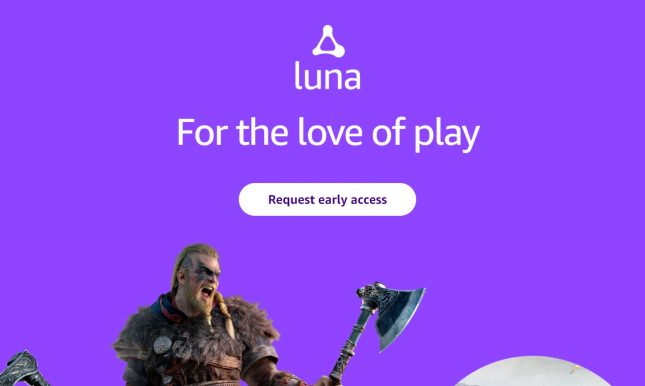 Amazon promises that there’ll be games for everyone with multiple genres supported and new games added all the time. The Luna+ early access pricing is $5.99 per month with unlimited hours of play. Players will be able to stream games on two devices at once at up to 1080p/60fps with 4K streaming coming soon.

A Ubisoft streaming channel will land soon that will allow players to stream on a single device at a time. Gamers will be able to watch popular Twitch streams from within Luna. Compatible controllers include the Luna Controller, Xbox One controller, DualShock 4 controller, and a mouse and keyboard. One mystery about the service is if games are included in the monthly price or if you have to purchase each game you play.