The Oculus VR headset has gained one more reason to buy with Amazon announcing a Prime Video VR app. With the app, Oculus Quest, Go, Rift, and Gear VR headset owners can stream the shows on the headset. Some of the content for the Oculus headsets will support 360-degree video. 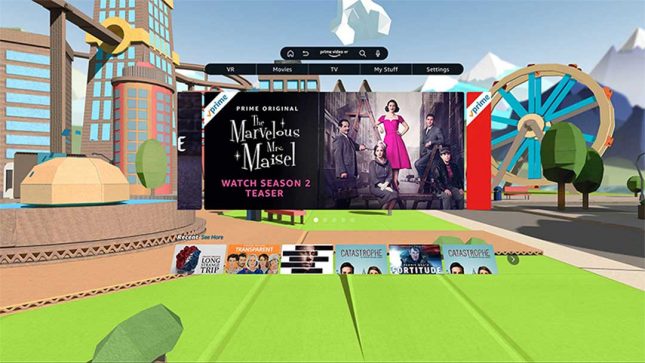 A Prime subscription isn’t required to watch videos in the personal library, but VR-specific content will require a Prime subscription. The app is offered in the Oculus Store for headset users in the US and UK.

Prime joins other video streaming apps for the VR headsets, including Netflix. All of the video offerings from Amazon are available via the streaming app.