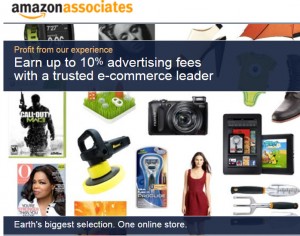 Greetings from the Amazon Associates Program.

We are writing from the Amazon Associates Program to notify you that your Associates account will be closed and your Amazon Services LLC Associates Program Operating Agreement will be terminated effective August 27, 2013. This is a direct result of the unconstitutional Missouri state tax collection legislation passed by the state legislature and signed by Governor Nixon on July 5, 2013, with an effective date of August 28, 2013. As a result, we will no longer pay any advertising fees for customers referred to an Amazon Site after August 27 nor will we accept new applications for the Associates Program from Missouri residents.

Please be assured that all qualifying advertising fees earned prior to August 28, 2013 will be processed and paid in full in accordance with your regular advertising fee schedule. Based on your account closure date of August 27, 2013, any final payments will be paid by October 31, 2013.

While we oppose this unconstitutional state legislation, we strongly support the federal Marketplace Fairness Act now pending before Congress. Congressional legislation is the only way to create a simplified, constitutional framework to resolve interstate sales tax issues and it would allow us to re-open our Associates program to Missouri residents.

We thank you for being part of the Amazon Associates Program, and look forward to re-opening our program when Congress passes the Marketplace Fairness Act.

Amazon is referring to Missouri Senate Bill 23 (PDF), which requires Internet businesses with affiliate programs in Missouri to collect sales tax as if they had physical facilities there as part of an ‘Amazon Tax’.  Missouri joins Arkansas, California, Colorado, Connecticut, and a number of other states in imposing affiliate tax laws and having Amazon promptly terminate doing affiliate business there.

The issue, from Amazon’s point of view, is not actually one of not wanting to hand over the money. It’s that Amazon doesn’t want to keep track of all the sales tax codes in fifty different states. The Marketplace Fairness Act, its supporters hold, would simplify and unify the state sales tax codes so they would not impose so much trouble and expense to keep track. According to Wikipedia, the bill’s supporters include other retailers such as Target and Wal-Mart as well. Not a big surprise, given that they already have to honor those fifty different sales tax codes and would undoubtedly like that simplicity as much as Amazon would.

Missouri’s Governor Nixon doesn’t appear to care about the states web based companies, so keep that in mind the next time you vote.